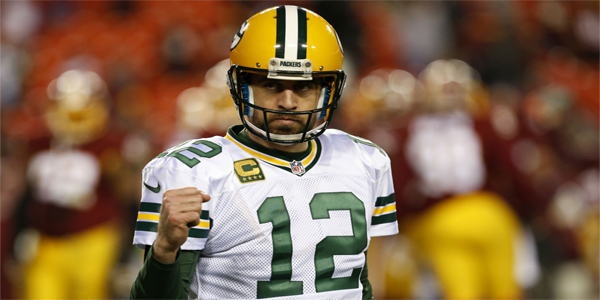 It could not have been more of a nightmare for the Green Bay Packers the first time they faced the Tampa Bay Buccaneers. Aaron Rodgers could not find the mark. And the Green Bay front could not stop the Bucs’ ground game. The result was a 38-10 win for Tom Brady’s team.

Is that a true indication of the difference in these teams, or what the matchup would typically produce?

Well, those select fans who will be in attendance at Lambeau Field hope that’s not the case. And so do the BetAnySports customers who will be backing them in Sunday’s NFC Championship Game.

Kickoff is slated for 3:05 PM ET. And you can get reduced juice for better odds. That’s just one of the benefits of being a BAS customer.

Needless to say, the Packers hope that the horrible day for Aaron Rodgers in Week 6 was an aberration. Rodgers was pressured all day by Tampa Bay’s defensive line, suffering five sacks. He completed just 16 of 35 passes. And he was intercepted twice, which is kind of a big deal when you consider he’s only had five INT’s all year.

And Green Bay found itself pushed back a little by the Bucs’ offensive line, allowing 158 rushing yards. There was a huge chasm between the way each team dealt with second down situations. While the Bucs gained 6.7 yards per play in those instances, the Packers gained only 2.9. Boom!

There is so much to turn around here. Can you just throw out that Green Bay performance? Well, everybody knows Rodgers can bounce back; he’s thrown for 37 touchdowns and just three interceptions since that loss. And you know, Green Bay took on the best defense in the NFL last week and piled up 484 yards against the Los Angeles Rams. They were balanced too, with 296 passing yards and 188 on the ground.

What Matt LaFleur has done with the Pack has been artful; if you can imagine, Rodgers was very apprehensive about taking on his head coach’s offensive approach. But Green Bay is #1 in the league in scoring. They have scored points on 49.7% of their drives. They are eighth in rushing yards, with a three-headed backfield. They have converted 49.4% of their third downs. They have converted 80% of their red zone trips into touchdowns. We could go on and on.

Rodgers has one of the premier wideouts in the game to throw to (Davante Adams, with 1374 yards), and he has also been almost flawless when looking for tight end Robert Tonyan, who has caught 88% of the passes thrown his way and scored eleven touchdowns. Rodgers also leads the NFL in yards after the catch on the part of his receivers (6.1 per reception).

You can’t take away from what Tampa Bay has done.But we wonder if you realize that the requirements of Tom Brady in that offense are a little more exacting than they were in New England last year. Brady is throwing the ball an average of 9.1 yards past the line of scrimmage. That’s the highest number in the league. And when you’re trying to complete longer passes, the weather tends to play a bigger factor.

In Green Bay they are looking at cold temperatures, and are expecting snow until about noon Sunday. This will make it more difficult for the Bucs to execute, especially considering Antonio Brown isn’t playing and Jaire Alexander did a pretty good job blanketing Mike Evans last time out.

In his career, Aaron Rodgers is a 63.9% pointspread proposition at Lambeau. Did you know that? We did. That’s why you have us around LOL.

BetAnySports will give you all the value again and again in NFL playoff betting, including lots of props, reduced juice for a special break on the odds, and great payoffs on your exotic bets….. They make it easy to open up an account as well, as you can use your debit card, credit card, person-to-person transfers or the virtual currency of Bitcoin, which is very easy to do with their automated system!