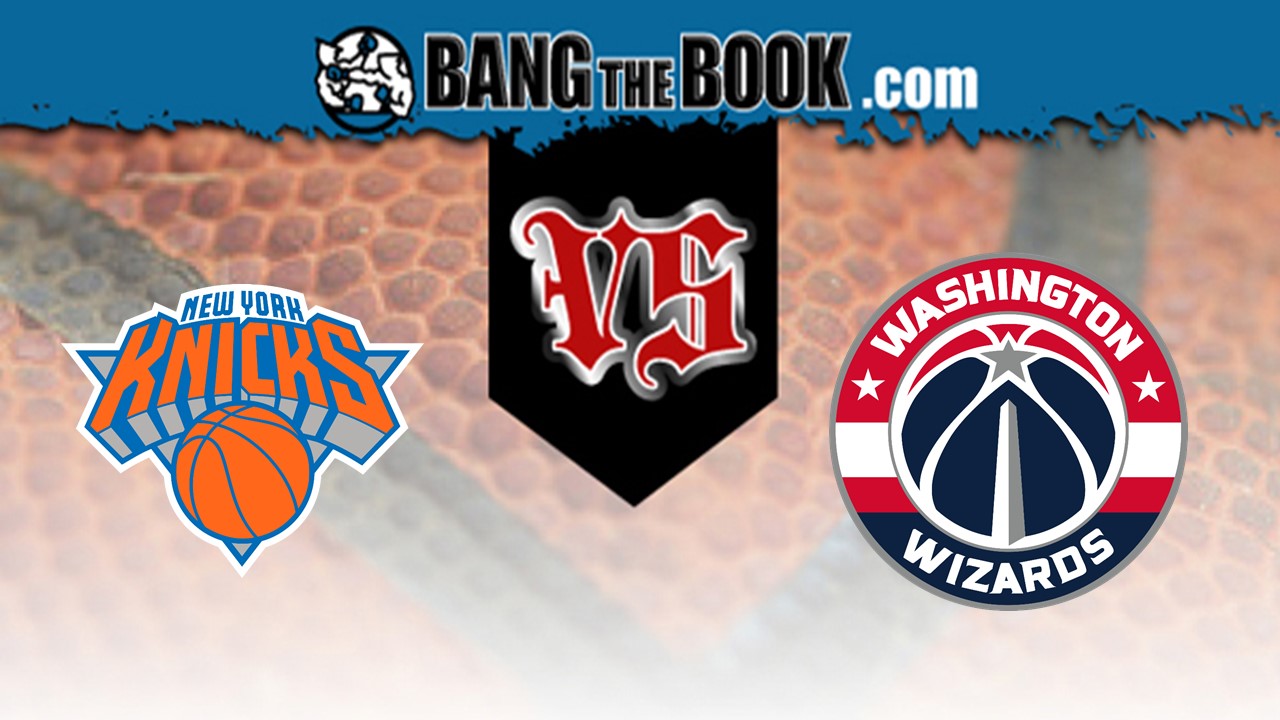 In the Knicks’ last game, they beat the Detroit Pistons, 96-84, covering as 6-point favorites. Julius Randle was the top scorer from either team with 22 points on 7-for-14 shooting. New York dominated every stat category in the game. They had a great offensive rebounding percentage of 30.2 (above their season average of 26.0) and a turnover percentage of 8.8 (better than their season average of 12.2). For those same stats, Detroit recorded marks of 11.6 and 10.9, respectively. The two teams combined to score 180 points, which finished well under the projected point total of 211.5.

The Wizards are hoping for a better outcome after not being able to cover as 5.5-point underdogs in their 100-89 loss to the Miami Heat in their last outing. Shabazz Napier was the top scorer from either team with 27 points on 6-for-14 shooting. Miami held the Wizards to an offensive rebounding percentage of 8.9 (below their season average of 22.2). Washington, on the other hand, forced the Heat into a turnover percentage of 20.3 (above their season average of 12.6). The two clubs collectively scored 189 points, which was well under the projected point total of 233.5.

Both teams have had a player trending in the right direction over their last five games. For the Knicks, it’s been RJ Barrett, who has averaged 18 points,4.2 assists, while the Wizards have received great contributions from Davis Bertans (18 points).

These two teams have already met three times this year, with the Wizards winning three of them. Bradley Beal scored a game-high 30 points in the most recent contest, in which the Wizards, who were 3-point underdogs, beat the Knicks 114-96. The two teams combined for 210 points, which was 18 points below the projected point total of 228 points. The Wizards played a nearly flawless game. They had a turnover percentage of 11.7 and an effective field goal percentage of 0.536. For those same stats, the Knicks were 16.6 and 0.426, respectively.

The Knicks average 4.7 blocks per game, which ranks 18th in the league. The Wizards rank 19th in blocks allowed per game (5.1).

Washington is 2-3 ATS with 3 unders and 2 overs in its last five games.

The Wizards’ average margin of defeat in their last five games has been 3.8, down from 4.2 for the season.