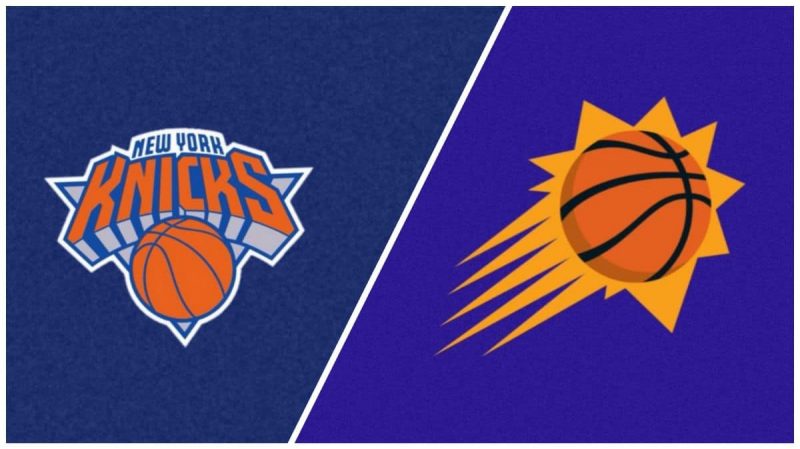 The 2021-22 NBA season goes on Friday, March 4, with nine games around the league, including the cross-conference showdown at Footprint Center in Phoenix, Arizona, so we bring you the best Knicks vs. Suns betting pick along with the latest odds update on MyBookie Sportsbook.

Phoenix looks to sweep New York for the fourth straight season. Back in December, the Suns routed the Knicks 118-97 as 4-point road favorites.

The Knicks lost six in a row

The Knicks had a double-digit first-half lead at Wells Fargo Center in Philadelphia, but they scored only 46 points in the second half. R.J. Barrett had another good game, posting 30 points, seven assists, and six rebounds in 40 minutes on the floor, but the Knicks just couldn’t cope with the Sixers, who went 17-for-36 from beyond the arc.

New York is still missing Derrick Rose (ankle), who could return by the end of the season. Kemba Walker is done due to personal reasons, while both Quentin Grimes (knee) and Nerlens Noel (foot) will sit out Friday’s game against Phoenix.

The Phoenix Suns improved to 50-12 straight up and 34-28 ATS on the season following a 120-90 thrashing of the Portland Trail Blazers this past Wednesday. They stopped a two-game slide despite missing both Chris Paul and Devin Booker.

While Paul will miss the next six weeks with a finger injury, Booker entered the medical protocols last Tuesday. Devin should remain on the sidelines Friday, so the Suns’ backcourt could be pretty thin.

With a couple of All-Stars on the shelf, Deandre Ayton led the way for Phoenix last Wednesday. He had 18 points and eight rebounds, making nine of his 12 attempts from the field. Mikal Bridges and Jae Crowder accounted for 15 points each, while Cameron Johnson added 20 points and four dimes off the bench.

The Knicks will eventually have to break out of their slump after going 0-6 SU and ATS over their last six outings, but I cannot back them to cover against the reigning vice-champs even though Phoenix misses Chris Paul and Devin Booker.

The Suns boast the second-best defensive rating in the NBA, allowing 106.0 points per 100 possessions. They will continue to play aggressive defense, while the Knicks will have a tall task to finally get things going on the offensive end. In their last six showings, the Knicks have made only 41.9% of their field goals.

I doubt the Knicks’ chances to execute their offense well in this matchup. The visitors will have to play some tough defense if they want to upset the odds. New York is recording only 96.0 possessions per 48 minutes (28th in the NBA), so I’m expecting the Knicks to slow down things as much as possible when they take on the shorthanded Suns.

Hereof, give me the under on the totals even though the betting trends suggest the over. Four of the last five meetings between the Knicks and Suns have gone over the total. Also, the over is 7-3 in Phoenix’s last ten games, and it is 5-0 in New York’s previous five.