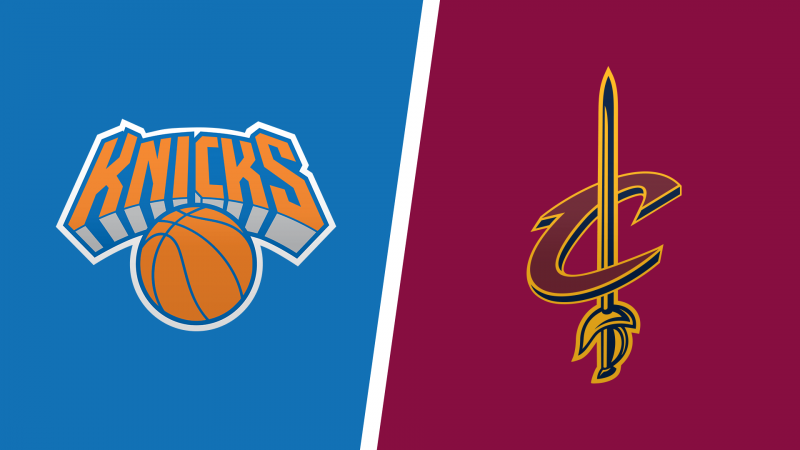 The NBA betting action continues with the Eastern Conference showdown at Rocket Mortgage FieldHouse in Cleveland, Ohio, on Monday, January 24, 2022, so we bring you the best Knicks vs. Cavaliers betting pick and odds.

New York and Cleveland continue their three-game regular-season series with Game 2. Back in November, the Cavs dismantled the Knicks 126-109 as 7.5-point road underdogs at Madison Square Garden. Cleveland is a 5.5-point home fave for this clash, while the totals sit at 207.5 points on MyBookie Sportsbook.

The Knicks beat the Clippers to stop a three-game slide

The New York Knicks (23-24; 23-24 ATS) wrapped up their four-game homestand on Sunday afternoon, outlasting the Los Angeles Clippers 110-102 as 4-point home favorites. They put an end to a three-game losing streak on the back of R.J. Barrett’s tremendous performance.

Barrett went off for 28 points, 14 rebounds, and six assists. He turned the ball over only once and made all of his seven free-throw attempts. Julius Randle dropped 24 points on the Clippers, while Evan Fournier added 14 points (4-of-8 from downtown).

The Cavs aim for their third straight win at home

The Cleveland Cavaliers (28-19; 30-15-2 ATS) returned to the winning path last Saturday, outlasting Oklahoma City 94-87 as 12-point favorites with a total of 207.5 points. They bounced back from a tough 117-104 defeat at Chicago but failed to cover for the second straight outing.

The Cavs didn’t have any problems beating the lowly Thunder. They held OKC to only 38.8% from the field and 29.3% from downtown. Darius Garland led the charge for Cleveland with 23 points and 11 assists, while rookie Evan Mobley added 15 points and 17 rebounds.

The Cavs are only 3-7-1 ATS in their last 11 outings as favorites. They’ve played very well all season, but covering as favorites is not their thing. The Knicks, on the other side, have covered in four of their previous five showings as underdogs.

I’m expecting a tight game down the stretch, so with 5.5 points on the table, give me the underdogs to cover. The Knicks are capable of playing solid defense and should find a way to deal with Darius Garland and the Cavs’ frontcourt.

The Knicks play at the slowest pace in the NBA, registering 95.1 possessions per 48 minutes. On the other side, the Cavaliers average 96.8 (23rd in the league), so it’s no strange the line has been set pretty low.

The over is 5-2 in New York’s last seven outings, but it is also 10-5 in the Knicks’ previous 15 showings at any location. Six of the Cavaliers’ last nine contests have gone under the total, so I’m going with the under. It’s a tricky wager because of the line, but the Knicks and Cavs shouldn’t provide a high-scoring affair. Pick: Go under 207.5 points at -110