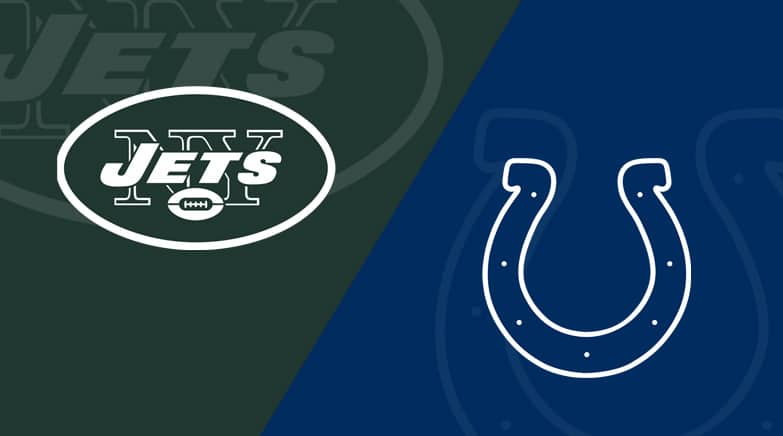 Week 9 of the 2021 NFL season kicks off with Thursday Night Football from Lucas Oil Stadium in Indianapolis, so we bring you the best Jets vs. Colts betting pick and odds along with the latest team stats, news, and betting trends.

The Jets meet the Colts for the second straight season. Last year, Indy smashed New York 36-7 as an 11.5-point home fave. This time around, the Colts are listed as 10.5-point home favorites, while the totals sit at 46.5 points on MyBookie Sportsbook.

The New York Jets improved to 2-5 SU and ATS on the season with a shocking 34-31 victory to the Cincinnati Bengals this past Sunday. They rallied from an 11-point fourth-quarter deficit, scoring 14 unanswered points against one of the best defensive units in the league.

Mike White went bonkers in his first NFL start, tossing for 405 yards and three touchdowns. He also recorded a couple of first-quarter interceptions, but White was a beast down the stretch. Michael Carter led the backfield with 15 carries for 77 yards and a TD while adding nine receptions for 95 yards.

The Indianapolis Colts (3-5; 5-3 ATS) have dropped two of their last four games in overtime. After a 31-25 defeat at the Baltimore Ravens in Week 5, the Colts suffered a 34-31 overtime loss to the Tennessee Titans this past Sunday.

Indy blew a 14-point first-quarter lead against the Titans. The Colts racked up only 307 total yards, while Carson Wentz threw for 231 yards, three touchdowns, and a couple of costly interceptions. Wentz completed only 27 of his 51 passing attempts in what was arguably his worst display of the season.

The Colts are scoring 25.0 points per game (14th in the NFL) on 122.0 rushing yards (12th) and 228.9 passing yards (23rd). Jonathan Taylor continues to lead the way for Indianapolis’ offense, scoring a TD in each of his last five appearances.

The Jets’ one-dimensional offense will be tested for the second straight week. They lit up the Bengals for 34 points, but the Jets still own the third-lowest scoring offense in the NFL, averaging just 16.3 points per game. Also, their ground game is dead last in the league with 75.6 rushing yards per contest.

The Colts are in a must-win situation. Their defense will be ready for Mike White, so I’m expecting the visitors to have some serious problems moving the ball. On the other side, the Jets’ defense will have a mountain to climb against Jonathan Taylor and the Colts’ offensive line.

The under is 8-0 in the Colts’ last eight outings as double-digit favorites. They will continue to lean on Jonathan Taylor and try to rush as much as they can, so I’m not expecting a high-scoring affair. Also, the Jets will have a tall task to replicate their offensive performance from Week 8. Their rivals will have enough time to watch the film and find out how to slow down Mike White.

As I’ve mentioned, the Jets are struggling to run efficiently and could be in big trouble against the Colts’ solid defense. Hereof, give me the under on the totals.