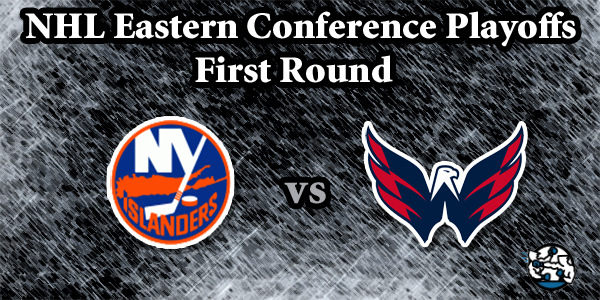 The Washington Capitals have a long history with Barry Trotz and Trotz has a long history with the Capitals. Now he’ll be able to apply what he knows about his former employer to put together a gameplan for his current one. The Capitals and Islanders will square off in the first round of the 2020 Stanley Cup Playoffs.

The Islanders needed four games to dispose of the Florida Panthers and the Capitals went 1-1-1 in the Round Robin tournament to draw this matchup against their former bench boss.

There is a back-to-back scheduled for every first round series, but this one would be Game 6 and Game 7. Otherwise, the schedule looks pretty fair for these two teams, though that is a quick turnaround from Friday night to Sunday afternoon so that the Capitals can be shown nationally on Sunday in that NHL on NBC timeslot.

Barry Trotz will be the first to tell you that he does not have anywhere near the talent with the Islanders that he had with the Capitals. There are no Hall of Famers like Alex Ovechkin and Nicklas Backstrom. Maybe John Carlson even gets in there. A balanced scoring approach was required from the Islanders, as nine players scored at least 10 goals, but only two had at least 20.

It wasn’t about eye-popping offensive numbers for the Islanders. It can’t be. They have neither the talent nor the speed. What they do have is a defensive-minded system that suffocates speed and transition offense from the opposition. Those are two major tenets of the Capitals’ attack, so Trotz’s team may not match up all that badly here. The Islanders were 23rd in goals scored, but sixth in goals allowed. They were eighth in 5-v-5 goals allowed during the regular season. The problem is that they were 25th in 5-v-5 goals scored.

Washington was sixth in 5-v-5 scoring, so that will the main focus in this series. Trotz knows how lethal that Capitals power play can be, so he’ll want his team to be as disciplined as possible and keep the series at 5-v-5. The unfortunate thing is that the Islanders allowed the fifth-most high-danger scoring chances, so they’ll have to do a better job of covering in the defensive zone.

The Islanders didn’t score goals because they didn’t have finishers. They were actually third in high-danger scoring chances for, but finished 15th in percentage of those chances converted into goals. If they can capitalize on Braden Holtby’s shoddy play, they can very much pull the upset in this series.

Holtby was terrible during the season. He had an .897 SV% and a 3.11 GAA. He was -16.76 goals saved above average. Ilya Samsonov was a better option during the regular season, but the 22-year-old isn’t an option here due to injury. It will be Vitek Vanecek as the backup goaltender for the Capitals. He has no NHL experience. That will put the ball solely in Holtby’s court. No matter how bad he plays, it may take nothing short of an injury to force a change in net.

The Capitals will have to commit to playing better in front of Holtby, maybe at the expense of some of their offense. Semyon Varlamov played well for the Islanders and they also have Thomas Greiss if things get dicey. The Capitals have nowhere else to turn, so Holtby will have to get things figured out.

Washington will have to take care of the puck on their zone entries because the Islanders are going to try and clog up the game between the blue lines. It will be up to the Capitals to make it a point to play in New York’s end and limit the exposure of Holtby.

Washington’s talent and offensive firepower should eventually win out, but Braden Holtby is likely to give up some goals that give the Islanders a chance. Many probably would have expected the series price to be higher, but that is the Holtby factor at work.

If Varlamov outshines Holtby by that much, then the Islanders are live in the series, even with their limited offensive upside. That is definitely a possibility, but the Capitals should have a good enough game plan to get by.

PLAY WASHINGTON TO ADVANCE AT BETONLINE