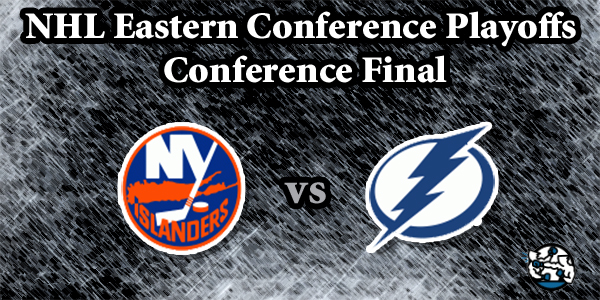 The New York Islanders were a fringy playoff team when everything shut down. From February 25 to March 10, they lost seven games in a row. They had actually lost 11 of 13 when the screeching halt of the NHL season arrived. That bad stretch is now a distant memory because the Islanders are in the Eastern Conference Finals against the Tampa Bay Lightning.

After shutting out the Flyers 4-0 to win Game 7 and advance, the Islanders took the trip from Toronto to Edmonton to take on the Lightning with a trip to the Stanley Cup on the line. The Bolts are well-rested, having disposed of the Boston Bruins in five games. The Islanders nearly squandered a 3-1 lead and lost twice in overtime before prevailing in Game 5. That is sure to be a discussed topic heading into this series.

The New York Islanders were 16th in scoring chances 5-v-5 in the regular season. As much as they were celebrated for their defensive prowess with the sixth-fewest goals allowed when the regular season stopped, opponents had racked up 129 more scoring chances. The key difference was that a much higher percentage of the Islanders’ chances came in high-percentage areas. They had two more high-danger chances than their opposition.

Head coach Barry Trotz has had a lot to do with that, as the Islanders have had outstanding gameplans against the Washington Capitals and Philadelphia Flyers. Have the Islanders overachieved by some of the expected metrics? Yeah, a little bit. They are +11 in 5-v-5 goal differential and xG has them at +5 or so, but the Islanders have been impressive any way you slice it.

Impressive is also a word that could be used to describe the fact that Trotz went with Thomas Greiss against the Flyers in Game 7. Greiss appeared in three games in the series and stopped 72 of 75 shots, including all of them that he faced in the decisive game. Semyon Varlamov allowed 13 goals on 129 shots in the series, so it appears as though we’ve got a goaltender change going into the Eastern Conference Finals.

The Islanders did not allow a power play goal in the series against the Flyers. Tampa Bay had a top-five power play during the regular season. That will be a big key to this series, especially if the Islanders can continue their excellent 5-v-5 play.

The Lightning were one of the best teams in the league and just knocked out the best team in the league in five games. They lost Game 1 and then ripped off four straight to send the Boston Bruins packing. Tampa Bay is +14 at 5-v-5 in the playoffs to this point, +63 in scoring chances, and +62 in high-danger chances. They generate tons of opportunities and have gotten stellar play from Victor Hedman and the tandem of Brayden Point and Nikita Kucherov, who have combined for 34 points in Tampa Bay’s 13 postseason games, including the Round Robin action.

Kucherov missed some of Game 5 after an errant high stick, but appears to be good to go for when the puck drops on this round. We haven’t gotten much of a definitive update on Steven Stamkos, who was second on the Lightning in points with 66 in just 57 games, but there is hope that he, too, can return. That would elevate Tampa Bay up another notch and really strengthen their depth even further.

Andrei Vasilevskiy has quietly been terrific in the playoffs. All of the attention in the first round went to Joonas Korpisalo and Elvis Merzlikins of the Columbus Blue Jackets, but Vasilevskiy shined in the second round. In these playoffs, he has a .931 SV% and a 1.91 GAA. He stopped 147 of 157 in the series win over the Bruins, clearly outshining Jaroslav Halak and Daniel Vladar, who both had their issues.

Tampa Bay looks scary good. Trotz has a hard task ahead of him to shut down this elite transition offense.

We’ll give the Islanders a game here with a Gentleman’s Sweep, but Tampa is too good. They are much deeper than both the Capitals and the Flyers. Vasilevskiy is playing far better than Holtby and the Islanders were able to solve Carter Hart enough to get by in the series. What Tampa just did to the Bruins probably went unappreciated because Boston didn’t look great in the bubble, but make no mistake, that was a top team and the best defensive team in the NHL at 5-v-5 and the Lightning dominated them.

Tampa Bay and Vegas are certainly on a crash course in the Stanley Cup Final.

LIGHTNING OVER ISLANDERS AT BETONLINE SPORTSBOOK