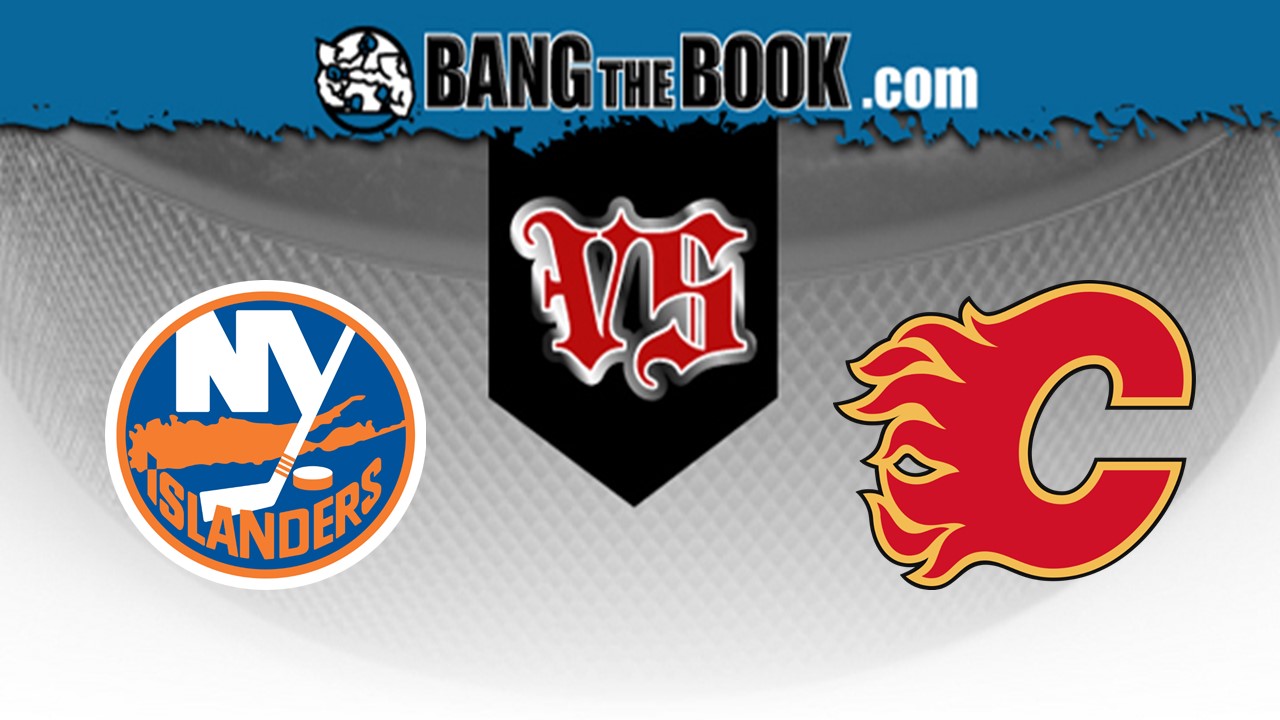 In just their first head-to-head meeting of the regular season, the New York Islanders and the Calgary Flames clash at the Scotiabank Saddledome. The opening face-off takes place at 9 p.m. ET on Thursday, March 12, and fans at home can witness this cross-continent matchup live on Sportsnet West.

Playing the role of favorite will be Calgary (-145), whereas New York is a dog offering moneyline odds of +125, and the Over/Under (O/U) has been placed at 6 goals. If bettors want to play this game’s total, they’ll be looking at odds of -110 money on the over and -110 on the under.

The Flames are 36-34 straight up (SU) and have hurt moneyline bettors to the tune of -5.6 units so far. That early-season winning percentage is a slide from what the team managed during the 2018-19 season (50-32). Through 70 regular season outings, 34 of the team’s games have gone over the total, while 31 have gone under and just five have pushed. Thus far, the team is 16-17 SU at home.

Calgary’s been able to convert on 21.2 percent of its power play chances this season, a figure that places them in the top-10 among NHL teams. On the other hand, its penalty kill is rated 10th overall, and it’s successfully killed off 82.1 percent of all penalties.

Matthew Tkachuk and Johnny Gaudreau will both be focal points for the Flames. Tkachuk (61 points) has put up 23 goals and 38 assists and has recorded multiple points 14 times this year. Gaudreau has 18 goals and 40 assists to his name and has notched at least one point in 43 games.

New York has lost 2.8 units for bettors taking the moneyline this year and is currently 35-33 straight up (SU). A total of 37 of its games have gone under the total, while 28 have gone over and just three have pushed. New York’s 15-18 SU as the visiting team this season.

New York has converted on just 17.3 percent of its power play chances this season, a figure that’s ranked 24th in the NHL. On the other hand, its penalty kill unit is ranked 16th overall and it’s successfully defended 80.5 percent of all penalties.

Semyon Varlamov (26.0 saves per game) has been the primary choice in the net for New York. Varlamov owns a 20-25-6 record, and has registered a .914 save percentage and 2.62 goals against average this year.

Mathew Barzal (19 goals, 41 assists) has been one of the most vital playmaking threats for the visiting Islanders.

New York is 3-3 in games decided by a shootout this season while Calgary is 6-1 in shootouts.

Three of Calgary’s last five games gone under the total.

Over Calgary’s last ten outings, five of them have been decided by two or more goals (the team is 4-1 in those games).

New York skaters have given out the most hits in the league (28.2 per game), but the team’s averaged just 25.4 hits over their last five away games.