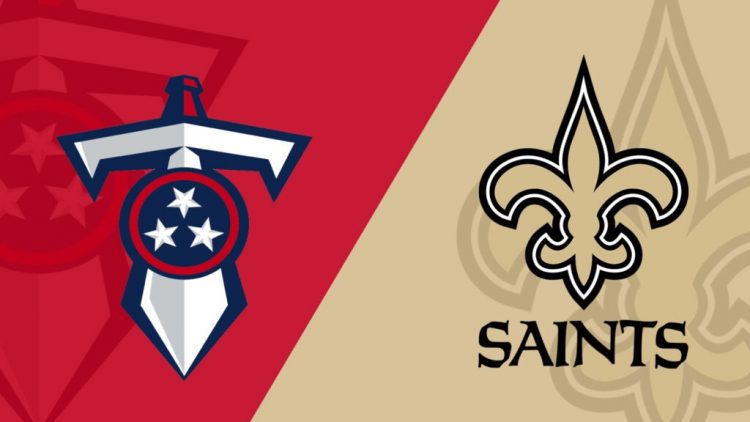 New Orleans and Tennessee lock horns in the interconference showdown at Nissan Stadium in Tennessee, as Week 10 of the 2021 NFL season goes on Sunday, November 14, so we have prepared the best Saints vs. Titans betting pick and odds.

The Saints head to Tennessee as 3-point road dogs on MyBookie Sportsbook. The Titans are -145 moneyline favorites, while the totals are listed at 44.5 points.

New Orleans hopes to bounce back from a huge upset

The New Orleans Saints fell to 5-3 SU and 4-4 ATS on the season following a surprising 27-25 home loss to the Atlanta Falcons in Week 9. They were listed as firm 6.5-point favorites, but the Saints put an end to their three-game winning streak and failed to cover for the second time in the last four outings.

New Orleans couldn’t score in the first half and trailed 17-3 at the start of the fourth quarter. In his first start of the season, Trevor Siemian went 25-of-41 for 249 yards and a couple of touchdowns, while Alvin Kamara had 17 touches for 104 yards from scrimmage and a rushing TD.

Kamara suffered a knee injury in the third quarter and managed to finish the game, but he’s questionable to play against the Titans after missing Wednesday’s practice. At least, Taysom Hill returned to the action against the Falcons, completing both of his passes for 33 yards and rushing once for four yards.

Tennessee stunned the Rams for its fifth straight win

The Tennessee Titans (7-2; 7-2 ATS) are rolling on a five-game winning streak following a 28-16 victory at the Los Angeles Rams in Week 9. In their first game without Derrick Henry (foot), the Titans took the field as underdogs for the fourth straight week and upset the odds on the back of their defense.

Tennessee scored 21 points in the second quarter, including Kevin Byard’s 24-yard pick-six. They picked off Matthew Stafford twice and needed only 194 total yards to stun the Rams as 7-point road dogs. Ryan Tannehill went 19-of-27 for 143 yards, a TD, and an interception, while A.J. Brown had five catches for 42 yards.

Adrian Peterson had 10 carries for 21 yards and a TD on his debut for the Titans, who ran 26 times for 69 yards, showing they won’t give up on their ground game. Right guard Nate Davis (concussion) should return Sunday after missing the Rams game, but DL Jeffery Simmons, who had three sacks last weekend, is questionable due to an ankle injury.

It’s tough to go against the red-hot Titans. They are 5-0 SU and ATS in the last outings and 7-1 SU and ATS over the previous eight. Also, they’ve outlasted some top-tier teams in the last four weeks, so I have to back the Titans to extend their ridiculous streak.

Frankly, I don’t feel comfortable with a 3-points spread. The Saints have been unpredictable all season long, and their defense is sometimes capable of pulling off an upset on its own, as we saw in Week 8 against Tampa Bay. On the other side, the Titans’ defense has improved a lot lately, so I’m looking for Tennessee’s offense to make the difference in crunch time.

The Saints own the best run D in the league (73.8 yards per game, 3.2 per carry), but their passing defense ranks 27th (273.3 per game). Despite some ups and downs, New Orleans has been one of the best defensive teams in the league all season.

I’ve mentioned the Titans’ improvement on the defensive side of the ball. They rank eighth in rushing yards allowed (100.0) and 12th in the opponent’s 3rd down conversion (38.8%), and the Titans have kept their rivals below 20 points in three of their last five outings. Both New Orleans and Tennessee should struggle to move the ball against each other, so I’m backing the under.