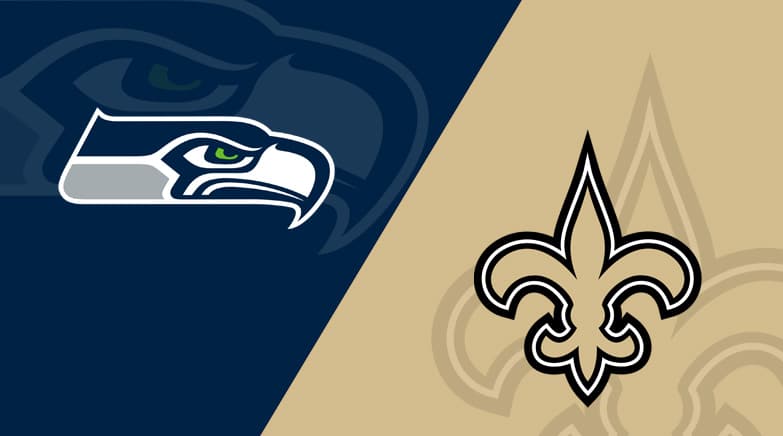 Week 7 of the 2021 NFL season wraps up with Monday Night Football from Lumen Stadium in Seattle, so we have prepared the best Saints vs. Seahawks betting pick and odds along with the latest odds update on Bovada Sportsbook.

The Saints are 4.5-point road favorites with a total of 42.5 points. They sit at -225 moneyline odds, while the Seahawks are listed at +185 to win straight up. These two NFC foes meet each other for the first time since 2019, when the Saints upset the Seahawks as 5-point road underdogs, 33-27.

The New Orleans Saints (3-2; 3-2 ATS) are coming off an early bye, hoping to make it a winning streak when they face off against Seattle. Back in Week 5, the Saints defeated Washington 33-22 as 2.5-point favorites, and they haven’t still won two straight contests in 2021.

Jameis Winston led the way against the Football Team, throwing for 279 yards, four touchdowns, and an interception. Marquez Callaway had four catches for 85 yards and a couple of touchdowns, while Alvin Kamara added 21 touches for 122 scrimmage yards and two scores.

The Saints own the ninth-highest scoring offense in the NFL, averaging 25.4 points per game. Interestingly, they are racking up only 295.2 total tards per contest (28th in the league). Jameis Winston has tossed for 892 yards, 12 touchdowns, and three picks so far this season. On the other side of the ball, New Orleans is yielding just 18.2 points per game (tied-3rd) on 79.0 rushing yards (2nd) and 275.0 passing yards (23rd).

The Seattle Seahawks (2-4; 3-3 ATS) are coming off a tough 23-20 overtime loss at the Pittsburgh Steelers last Sunday Night Football. They rallied from a 14-point halftime deficit, but Geno Smith’s fumble in overtime cost them a victory.

Smith started instead of injured Russell Wilson, who’ll remain sidelined for a few more weeks. Geno went 23-of-32 for 209 yards and a TD, while Alex Collins had 20 carries for 101 yards and a TD. Collins missed Friday’s practice due to a groin injury and is listed as questionable for Monday’s clash against the Saints.

The Seahawks are also without their starting running back Chris Carson (neck). They will certainly have to improve defensively after some awful displays earlier in the season. Seattle is yielding 24.8 points per game (21st) on 140.8 rushing yards (30th) and 292.3 passing yards (28th).

The Saints have been pretty much a hit-or-miss thus far, but they should have enough firepower to outlast the shorthanded Seahawks. Russell Wilson’s absence is a massive blow for Pete Carroll’s boys, who desperately need a win here.

Geno Smith had another week to work on his chemistry with Tyler Lockett and D.K. Metcalf, so the Saints might stand a chance if they prepare a solid game plan. New Orleans’ defensive line is doing a great job defending the opposite rushing, but when it comes to pressuring quarterbacks, it’s not as scary as it’s been over the last few years.

Since a 28-16 victory at Indianapolis in the opening week, the Seahawks have failed to hold their rivals below 20 points. Their defense has been poor for most of the time, though it has had some bright moments over the last two losses to Pittsburgh and LA Rams.

On the other side, the Saints have been terrific against rushing, but their passing defense is a problem. I’ll take the over, although it’s a tricky wager because of all the injuries among the Seahawks. Still, their receiving corps is healthy, so the Seahawks will rely on Geno Smith, hoping he won’t make more than one turnover.