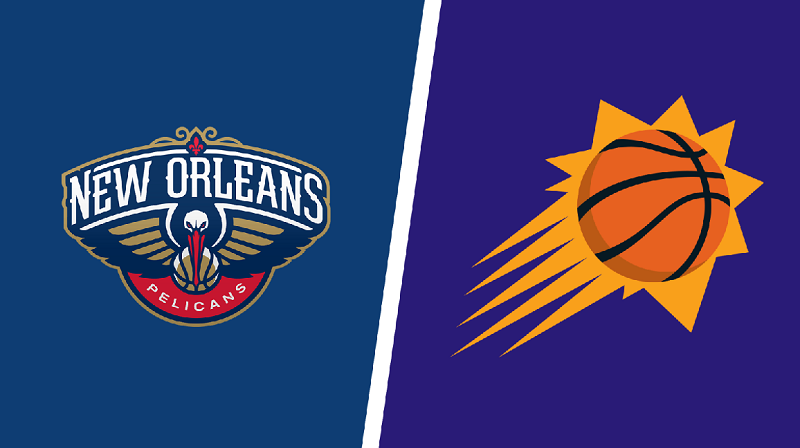 The NBA playoffs will continue with the first round Game 2 which takes place at Footprint Center in Phoenix, so make sure you check out the best Pelicans vs. Suns betting pick and odds.

These Western Conference rivals have met five times this season, and the Suns won four of those duels, including the opening game of this playoff series.

According to BetUS Sportsbook, the Suns are -9.5 point favorites with a total of 221.5 points.

Pelicans couldn’t make an upset in the opener

The New Orleans Pelicans secured the playoff spot after defeating the Spurs and Clippers in the play-in, but the reality check struck them in the opening game of the playoffs in Phoenix. They trailed 19 points at halftime as the Suns’ defense kept them to just 34, while New Orleans shot 37.9% from the field in this loss.

Suns didn’t have trouble with the Pelicans

The Phoenix Suns successfully started defending their Western Conference title with a 111-99 home victory over the New Orleans Pelicans in the first game of the postseason. Phoenix displayed excellent defensive performance and neutralized the visitors in the first half, after which it was easy for Monty Williams’ team to control the tilt. The Suns covered a -10 spread.

Chris Paul dominated with a double-double of 30 points and ten assists, along with seven rebounds and three steals. Devin Booker (25 PTS, 8 AST, and 4 REB) and Deandre Ayton (21 PTS, 9 REB, and 4 BLK) were also impressive in this victory.

Although I expect the Pelicans to display better first-half performance and score more than miserable 34 points, I don’t think they will be closer to the victory than they were in Game 1. The Suns are playing a fantastic defense when it matters the most, and there is nothing more important than the playoffs. The Pels will look for their chance to stay alive in this series when it moves to New Orleans, but I don’t think they have a chance in Phoenix. The visitors will take a different approach in Game 2, but the outcome will still remain the same – the Suns will win and cover in the process.

New Orleans’ away games haven’t been efficient in terms of points this season. Namely, the Pelicans are 15-28 O/U on the road, and considering I am backing the Suns’ defense to dominate yet again, I don’t expect a high-scoring affair.