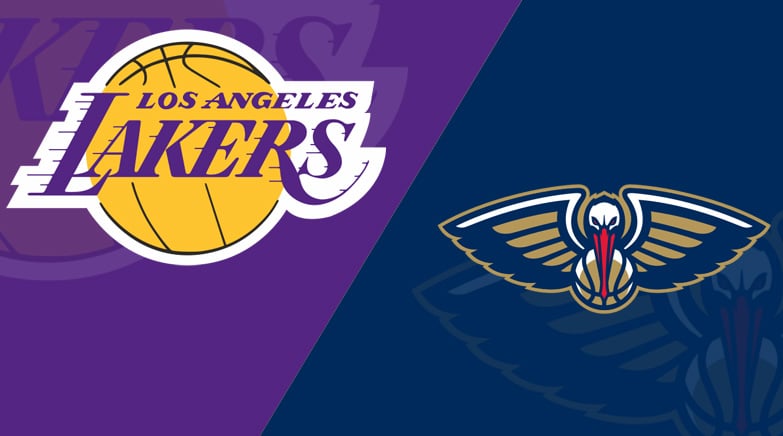 The 2021-22 NBA season goes on Friday, April 1, with the Western Conference showdown from Crypto.com Arena in Los Angeles that has serious playoff implications, so we bring you the best Pelicans vs. Lakers betting pick along with the latest odds update on MyBookie Sportsbook.

New Orleans meets Los Angeles for the third and final time this season. After winning their previous two encounters 123-95 as 2.5-point road underdogs and 116-108 as 4.5-point home favorites, the Pelicans look to sweep the Lakers for the first time since 2017-18.

The New Orleans Pelicans (33-43; 38-37-1 ATS) are looking to extend their winning streak to three games. After beating the Lakers 116-108 last Sunday, the Pelicans outlasted the Portland Trail Blazers 117-107 as 15-point road favorites on Wednesday.

New Orleans overcame an eight-point deficit at Moda Center in Portland. The Pels scored 66 points in the second half, while CJ McCollum led the charge with 25 points on 9-for-16 shooting from the field. Jonas Valanciunas posted a double-double of 19 points and 11 rebounds to go with four assists and four steals, and Brandon Ingram added 19 points and six dimes.

The Pelicans are now sitting at the ninth spot in the Western Conference. They trail the eighth-seeded Clippers by huge four games, while the Lakers are only 1.5 games behind the Pels.

The Lakers close down a back-to-back set

The Los Angeles Lakers will play the Pelicans without rest. They visited Salt Lake City on Thursday night to take on the Utah Jazz in the clash that has been excluded from the analysis. Los Angeles was looking to stop its three-game slide and retain a small lead ahead of the No. 11 San Antonio Spurs.

The Lakers are in danger of missing the play-in tournament. They desperately need LeBron James (ankle) and Anthony Davis (ankle) back, and The Brow will be a game-time decision Friday against the Pelicans. LeBron’s status remains in limbo, and James has missed the previous loss at the Dallas Mavericks.

The injury-depleted Lakers couldn’t cope with the Mavs, yielding a whopping 82 first-half points. Malik Monk led the charge for Los Angeles with 28 points, while Russell Westbrook posted a line of 25 points, eight rebounds, and six assists.

There’s a big question mark over the Lakers, and I suggest you keep tracking the injury report before picking your best Pelicans vs. Lakers betting pick. Los Angeles would have a nice chance to break out of its slump should both LeBron and Davis return to the starting lineup.

While Davis sat out last weeks’ defeat at the Pelicans, James dropped 39 points on New Orleans to go with nine rebounds, five assists, and a block. LeBron went 7-of-13 from downtown, but it wasn’t enough, as the Lakers managed to blow a massive 23-point lead.

The last three meetings between the Pelicans and Lakers have gone under the total. New Orleans will look to slow down things, while Los Angeles’ D needs to step up after yielding 125.9 points per 100 possessions over its last five outings, so I would take the under.