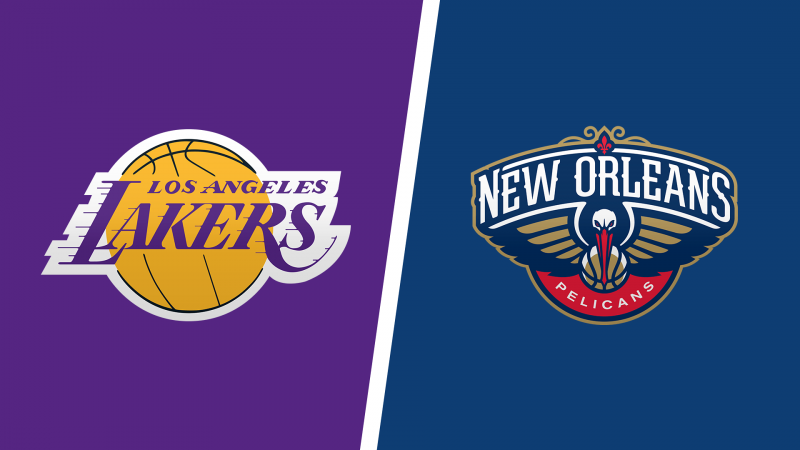 New Orleans and Los Angeles lock horns for the first time in 2021-22, so we bring you the best Pelicans vs. Lakers betting pick and odds for Sunday, February 27, 2022, along with the latest team stats and news.

According to Bet US Sportsbook, the Lakers are listed as small 2-point home favorites with a total of 225.0 points. They’ve dominated the Pelicans over the last few years, winning eight of their previous nine encounters.

The Pels upset the Suns to stop a two-game slide

The New Orleans Pelicans (24-36; 29-30-1 ATS) are coming off a surprising 117-102 victory at the mighty Phoenix Suns this past Friday. They upset the best team in the league as 6.5-point road underdogs, recording their second win in the last six outings.

C.J. McCollum dropped 32 points on the Suns. Since he joined the Pels at the trade deadline, McCollum has averaged a whopping 29.0 points per game to go with 6.0 rebounds, 5.2 assists, and 1.3 steals. Brandon Ingram had 28 points and seven assists against Phoenix, while Jonas Valanciunas posted a double-double of 18 points and 17 rebounds.

Zion Williamson will probably miss the entire 2021-22 season, but the Pels continue to battle for the playoff spot. New Orleans is just one game behind the No. 10 seed in the West. The Pelicans rank 23rd in the NBA in both offensive efficiency (109.7 points per 100 possessions) and defensive efficiency (112.7).

The Lakers continue to struggle, lost four of their last five tilts

The Los Angeles Lakers fell to 27-32 SU and 26-33 ATS following a tough 105-102 defeat to the Los Angeles Clippers last Friday. It was their fourth loss in the past five games and eighth in the previous 11 showings at any location.

The Lakers overcame a ten-point halftime deficit just to lose the fourth quarter 33-24. They shot only 41.9% from the field and 25.8% from beyond the arc, while LeBron James led the charge with 21 points, 11 rebounds, and three assists. Carmelo Anthony returned from a five-game absence caused by a hamstring injury and scored 18 points off the bench.

Los Angeles cannot count on Anthony Davis (knee), who’ll remain on the injury list for at least a few more weeks. Both Avery Bradley (knee) and Kendrick Nunn (knee) are unavailable as well. The Lakers rank 24th in the league in offensive efficiency (109.0) and 13th in defensive efficiency (110.4).

Frankly, I don’t feel comfortable with this game at all. The Lakers have been pretty much awful in their last 11 outings. On the other side, the Pelicans have improved lately, but they still have some serious flaws in their game, especially on the defensive side of things.

Interestingly, the Pelicans are undefeated in four consecutive showings on the road. Also, they’ve covered the spread in seven straight road contests. I lean New Orleans, hoping to see another strong performance from C.J. McCollum and Brandon Ingram, but this Pelicans vs. Lakers clash could easily go either way.

The Lakers should not try to speed up things against the Pels, who allow only 10.5 fast-break points per game (3rd). New Orleans is the fourth-worst team in the league when it comes to defending the 3-point line, so the Lakers need to take their time. The under is 9-4 in the Pelicans’ last 13 games overall and 8-2 in their last ten contests on the road.