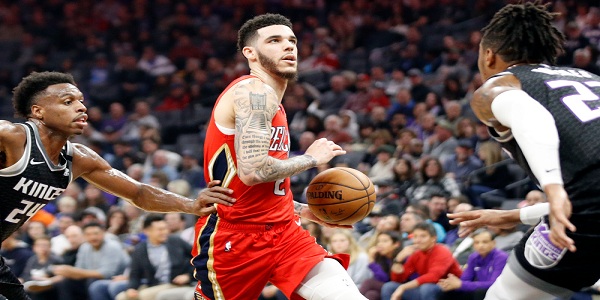 The New Orleans Pelicans and Sacramento Kings are tied for the night place in the Western Conference, four games behind No. 8 seed. Hereof, their head-to-head duel at Golden 1 Center in Sacramento on Wednesday night will be a pure joy to watch, as neither side can afford to lose. These two conference foes will meet for the second time this season, and the Pelicans outlasted the Kings 117-115 as 2.5-point road underdogs on January 4.

The Pelicans are without J.J. Redick (hamstring) and Nickeil Alexander-Walker (wrist). The Kings miss Marvin Bagley (foot), while Jabari Parker (illness) is listed as questionable.

New Orleans opened as a slight 1.5-point fave with a total of 235.0 points at Betonline, Bovada, and BetDSI. Don’t bother with a paltry spread and go with the money line odds. The Pelicans are -120 favorites at the moment, while the Kings are set at +100 odds to win straight up.

As I’ve mentioned in the intro, this is a huge game for both New Orleans and Sacramento. Not only they chase the playoff spot, but the Pelicans have a chance to clinch the series and earn a tiebreaker over the Kings.

The Pelicans have won two straight games, beating Miami 110-104 as 1.5-point home favorites and Minnesota 120-107 as 7-point road favorites. New Orleans is 10-3 SU in its last 13 outings as a fave. On the other side, the Kings have dropped two of their previous three contests including a 118-113 defeat to the Raptors as 5-point home underdogs.

The first meeting of the season between these two teams was pretty tight for most of 48 minutes. The Pelicans had a 13-point lead with just 4:28 to go in the fourth quarter, but they allowed the Kings to get back into the game. However, J.J. Redick’s layup with 1.1 seconds remaining decided the winner, lifting the Pelicans over the Kings.

This should be a tight game down the stretch, considering the teams’ current form and their previous encounter. Also, the stake is enormous, so I would go with any team to win by five or fewer points around +180 odds. I think this game could easily go either way, but the Pelicans are my favorites mostly because of their dominant inside game with Zion onwards. The Pelicans are 5-1 SU and ATS in their last six encounters with the Kings.

If you want to take the totals, I suggest you go with the over. The Pelicans will push the ball in transition all game long, while neither side can lean on a stout defense. The over is 4-0 in Sacramento’s last four games overall, and it is 8-1 in the previous nine meetings between the Kings and Pelicans.