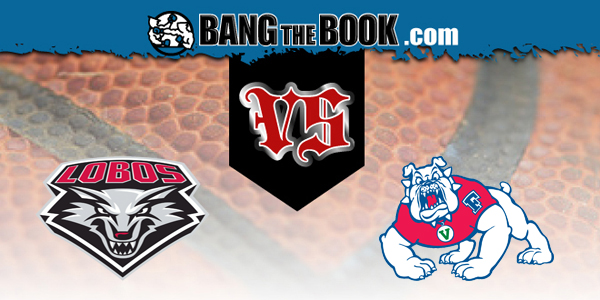 Sometimes a step up in class is a dose of reality. That seemed to be the case last night for Boise State. They were rolled by Colorado State and we picked up another winner with the spotlight game preview here at BangTheBook. That makes it three in a row for this week and a nice little run over the last couple of weeks.

With a big Thursday board, we’ve got a lot of big lines on the card. We’ll look to something of a “chase game” on the bottom of the schedule as New Mexico and Fresno State square off at 11 p.m. ET on CBS Sports Network. Fresno State is -6.5 with a total of 131.5 in this one at Bovada Sportsbook.

We’ll break this one down from both sides and find a play on the Mountain West Conference nightcap.

Things are not good for Paul Weir’s team. Forced to play every game away from home to this point because of COVID protocols in New Mexico, the Lobos are 5-9 straight up, but just 1-9 in conference play. The Lobos have two wins over a Division I team this season and one came against San Jose State a week ago. They followed that up with a 12-point loss to arguably the worst team in the conference.

In New Mexico’s defense, their other MWC opponents have been Boise State, Nevada, Utah State, and UNLV. Those are four of the five best teams in the conference along with San Diego State. The Aztecs are on deck after this back-to-back set with Fresno State.

A complete offensive outage has plagued the Lobos to this point. They are 301st in the nation in adjusted offensive efficiency per Bart Torvik and Ken Pomeroy. That is more generous than the 330th ranking from Haslametrics. UNM is 342nd in the nation in eFG% on offense. They’re 346th in 3P% and 331st in 2P%. They’re even 329th in FT%. This is a terrible shooting team.

The lone redeeming quality for the Lobos is that they are a top-100 team on the offensive glass, but that may simply be a byproduct of missing a lot more shots than most teams in the nation.

It isn’t just the offense that falls short for the Lobos. They are also 283rd in eFG% defense and 305th in ORB% against. The schedule has been tough in conference, there is no question about that. It still doesn’t excuse just how ugly the stats have actually been.

Is this a good buy spot on Fresno State? I would say yes. The Bulldogs have had their issues in conference play. The Mountain West is very spread out at the top and teams like Colorado State, Nevada, and Boise State have taken turns beating up on the lesser teams in the conference. Fresno State has three conference wins over Wyoming and San Jose State twice. When they’ve stepped up in class, they’ve lost.

This is a major step down in class for Justin Hutson’s team, though. And they’ve really taken care of their affairs in those roles for the most part, as rare as they have been. One night after losing to Wyoming 78-74, the Bulldogs rolled them by 20. Then they had two 15-point wins over San Jose State.

Nobody will mistake Fresno State for being a great team. After all, they struggle to shoot as well, posting a 29.1% mark from 3 and a 61.8% mark at the free throw line. Opponents are shooting 80.4% from the free throw line just to rub some salt in the wound. Fresno State has a lot of flaws, some of which have been exposed by the quality of competition and others have been self-inflicted.

One area where Fresno State does excel is on the glass. They are a top-70 offensive rebounding team and rank just outside the top 30 in defensive rebounding. In the games against Wyoming and San Jose State, they scored 1.029, 1.274, 1.160, and 1.141 points per possession. The offensive upside is in there, but it hasn’t come out against better teams.

New Mexico has taken the early money here with a lower-scoring expectation on the game. The Lobos are one of the slowest teams in the country and Fresno State doesn’t move all that quickly either. That being said, the total has been bet up a little bit rather than down. To me, that helps the better offensive team, which is Fresno State.

Both of these teams do have some skewed metrics because of how badly they’ve been dominated by better teams and this is a closer game on paper. Still, I don’t see anything to like about New Mexico, as their one bright spot will be counterfeited by how well Fresno State does on the glass.

For that reason, Fresno State is the pick.