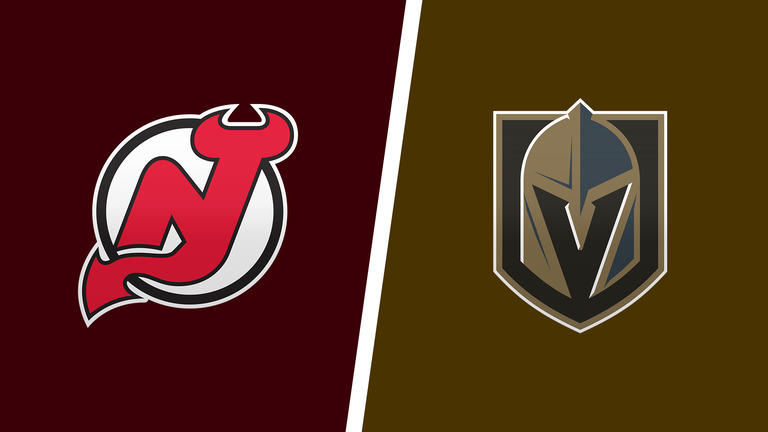 We have six games on tap in the NHL on Monday, April 18, including this inter-conference tilt at T-Mobile Arena in Las Vegas. Make sure you don’t miss out on the best Devils vs. Golden Knights betting pick with the latest odds update on Bovada Sportsbook.

These inter-conference rivals have met once this season, and Vegas won 5-3 in Newark. The Golden Knights are massive -320 favorites in this one, while the total is set at 6 goals.

Devils fell short to the Kraken in Seattle

The New Jersey Devils will conclude their five-game road trip with this game in Vegas. They opened it with a pair of wins but then lost to the Colorado Avalanche and Seattle Kraken. At least, they managed to take one point from those two defeats as the Devils fell short to the Kraken after the shootout.

New Jersey had a 2-1 lead after the first period but forced overtime through Damon Severson in the final period. Ryan Donato scored the only goal in the shootout, while all three Devils (Tatar, Bratt, and YegorSharangovich) missed.

Golden Knights are in a hot and cold form right now

After five consecutive wins to close the previous and open the current month, the Vegas Golden Knights have been quite inconsistent. They won only two of the previous five games, losing twice to a direct playoff rival Vancouver, and now the Knights must beat the Devils if they want to stay alive in the playoff race.

Vegas even failed to score in the most recent 4-0 loss to the Edmonton Oilers. Despite having three shots more than the Oilers (39-36), the Knights couldn’t score against Mike Smith. With this loss, Vegas concluded its three-game road trip and now will open a three-game homestead on Monday.

The Golden Knights are in 9th position in the Western Conference with 87 points, three behind the Los Angeles Kings but with a game in hand. That’s why it’s extremely important for Vegas to get two points here and come close to just one point from the Kings.

The Golden Knights are facing the worst road team in the NHL, and if they fail to record a victory on Monday, then they don’t deserve to be in the playoffs. The Devils will be relaxed and without an imperative to win here, which can be dangerous for the hosts. However, I still think Vegas will win and stay in the playoff race.

New Jersey’s games have been very entertaining this season; the Devils have a 43-29-3 O/U record, and I expect to see another high-scoring affair here. Both Daws and Thompson are young and inexperienced goaltenders, and despite the latter having excellent numbers, we can’t judge from a small sample as he played just 13 games this season.