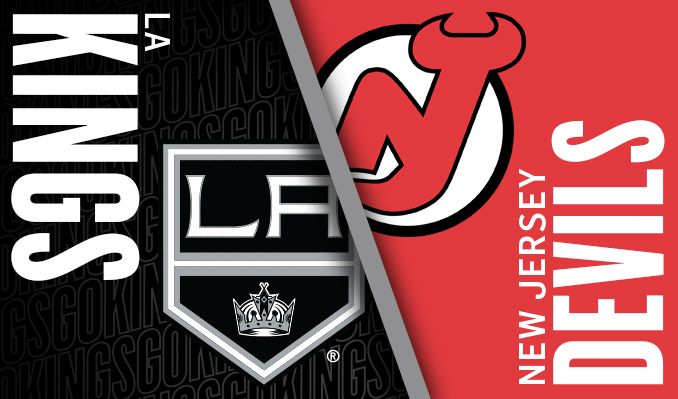 The 2021-22 NHL season continues Friday, November 5, with the interconference showdown at Staples Center in LA, so we bring you the best New Jersey Devils vs. Los Angeles Kings betting pick along with the latest odds update.

New Jersey meets Los Angeles for the first time since February 29, 2020, and the Devils have won four of their previous six encounters with the Kings. According to BetUS Sportsbook, LA is a -119 home fave for Friday’s clash, while the totals sit at 5.5 goals.

The Devils got blanked at Anaheim

The New Jersey Devils (4-3-1) started a three-game road trip with a 4-0 defeat at the Anaheim Ducks this past Tuesday. It was their second loss on the spin and third in their last four outings, as New Jersey couldn’t find a back of the net on 28 shots.

The Devils are scoring 2.63 goals per game (20th in the NHL) on an 8.0 shooting percentage (23rd). They’ve been terrible with the man advantage thus far, tallying just three goals on 23 opportunities. Also, the Devils have yielded nine power-play goals on 32 opportunities, enough for the sixth-worst penalty-killing percentage in the league.

Jonathan Bernier is expected to guard the cage Friday against Los Angeles. He suffered his first loss in 2021-22 last Tuesday, allowing four goals on just 27 shots. Bernier is now 3-1-0 with a 2.74 GAA and a .907 save percentage.

The Los Angeles Kings (4-5-1) are riding a three-game winning streak following a surprising 3-2 shootout victory to the St. Louis Blues. Playing as +130 home underdogs, the Kings battled bravely against the Blues and took 35 shots towards Jordan Binnington, while Jonathan Quick posted 33 saves along with a couple of stops in a shootout.

The Kings surrender 2.90 goals per game (tied-16th in the NHL). They’ve already allowed nine power-play goals on 27 opportunities, so their penalty-killing percentage is the fourth-worst in the league. LA scores 2.60 goals per contest (21st) on a 7.3 shooting percentage (26th), and the Kings rank 14th in power-play conversion (8-for-38).

This game could easily go either way, and I lean the Kings because they’ve won three straight contests and should be fired up to stay on the right track. On the other side, the Devils have won three of their first four games in 2021-22, but they’ve regressed a bit over their previous four outings.

Both teams have struggled to defend power-play opportunities. While the Kings are the second-best team in the NHL when it comes to penalty minutes per game (7.0), the Devils are the first-worst (12.1).

Although both teams have struggled with their shooting percentage lately, I don’t trust their defenses, so give me the over at plus money. The Kings will probably start Cal Petersen between the pipes, and the Devils will be motivated to bounce back from that scoreless display at Anaheim.

On the other side, New Jersey owns the seventh-worst save percentage in the league (.893). I’ve already mentioned their power-play woes, and three of the Devils’ last four road tilts produced exactly six goals in total.