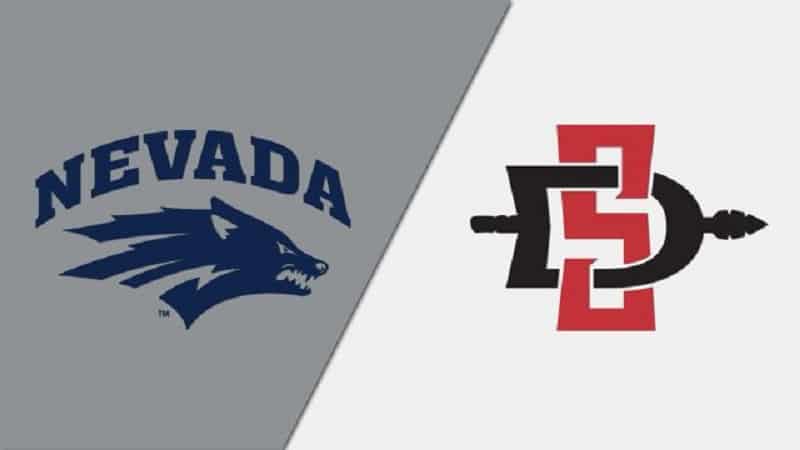 Week 11 of the 2021 CFB season brings a ton of interesting markets Saturday, November 13, so we’re breaking down the Mountain West Conference showdown from Dignity Health Sports Park in Carson, California, to get you the best Nevada vs. San Diego State betting pick and odds.

The Wolf Pack search for their fourth consecutive victory over the Aztecs. Last year, they beat San Diego State as 1.5-point home underdogs, 26-21. This time around, the Aztecs are 2.5-point home favorites on MyBookie Sportsbook, while the totals are listed at 45.5 points.

Nevada eyes its third win in a row

The Nevada Wolf Pack (7-2; 6-3 ATS) are coming off a narrow 27-24 victory to the San Jose State Spartans this past Saturday. They failed to cover as 11.5-point home favorites, escaping with a win thanks to Brandon Talton’s 45-yard field goal with three seconds left on the clock.

It was Nevada’s second straight victory and fifth in the last six outings. Carson Strong arguably had a bad day in the office, finishing with 314 yards, a TD, and a couple of interceptions, while the Wolf Pack racked up only 53 rushing yards on 30 attempts.

Nevada leans heavily on its passing offense, as Strong has already tossed for 3,197 yards, 25 touchdowns, and seven interceptions. The Wolf Pack are scoring 36.4 points per contest (17th in the country) while tallying only 70.4 rushing yards (129th).

Back in Week 9, the San Diego State Aztecs (8-1; 5-3-1 ATS) suffered their lone loss of the season. They failed to cope with Fresno State and lost 30-20 as small 2.5-point home underdogs, but the Aztecs bounced back in Week 10 and outlasted the Hawaii Rainbow Warriors as 7-point road favorites, 17-10.

Once more, the Aztecs relied on their defense to get them through. San Diego State held the Warriors to 260 total yards and forced a couple of turnovers, while Greg Bell led the way for the Aztecs’ offense with 24 carries for 77 yards and a TD.

The Aztecs are a better defensive team in this matchup. Nevada gives up 24.3 points per contest (tied-60th) on 135.4 rushing yards (tied-46th) and 254.8 passing yards (102nd). However, the Aztecs could easily struggle to deal with the Wolf Pack’s passing offense, so I’m going with the visitors to keep it close and cover a 3-point spread.

Two weeks ago, the Aztecs allowed 306 passing yards to Jake Haener in that 30-20 loss to Fresno State. They will have an even taller task against Carson Strong and Nevada’s offense that ranks third in the nation in passing yards per game.

Four of the Aztecs’ last five games went in the under, while the total went over a 44-point line in that home loss to the Bulldogs. I’m looking for a similar scenario in this one, as Nevada will continue to lean heavily on Carson Strong, and the Aztecs have shown some flaws in their secondary.

The over is 6-2 in the Wolf Pack’s previous eight outings. They’ve yielded 20 or more points in each but one of their last seven games overall.