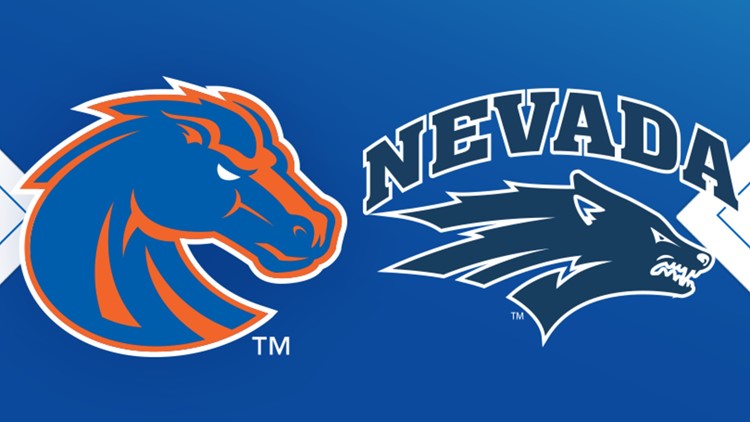 The college football betting action continues Saturday, October 2, 2021, with Week 5 matchups on the schedule, so we’re taking a closer look at the Mountain West Conference showdown between the Nevada Wolf Pack and Boise State Broncos.

Nevada got trounced at Kansas State

The Nevada Wolf Pack (2-1; 2-1 ATS) kicked off the new season with a couple of wins over California on the road, 22-17, and Idaho State at home, 49-10. Things changed last Saturday when the Wolf Pack suffered a heavy 38-17 defeat at Kansas State, playing as slight 1.5-point road favorites.

Nevada allowed the Wildcats to score 21 unanswered points in the fourth quarter. The Wolf Pack racked up a paltry 25 rushing yards on 23 carries while surrendering a whopping 269 rushing yards in a return, as Kansas State rushed 48 times and scored all three fourth-quarter touchdowns on the ground.

Through the first three games in 2021, junior signal-caller Carson Strong has tossed for 955 yards, seven touchdowns, and two interceptions, completing 68 percent of his pass attempts. Senior RB Toa Taua has 25 totes for 155 yards and four touchdowns, while senior WR Romeo Doubs caught 17 passes for 259 yards and a TD.

Last Saturday, the Broncos visited Utah State as 9.5-point favorites and beat the Aggies 27-3. They allowed 443 total yards (235 on the ground), but the Broncos picked off Logan Bonner twice and forced a fumble along the way.

Junior QB Hank Bachmeier completed just 22 of his 39 passing attempts against the Aggies, finishing with 287 yards, two touchdowns, and an interception. Senior wideout Khalil Shakir had another big game, tallying seven receptions for 113 yards and a TD. Shakir has already accounted for 27 catches, 448 yards, and three scores in 2021.

This will be an interesting game to watch, as both teams lean on a passing game while struggling to run the ball efficiently. Also, both sides defend well in the secondary while struggling against rushing. Interestingly, Nevada is tallying only 77.0 rushing yards per game (126th in the nation), and Boise State is racking up just 87.5 (120th).

I’m going with the Broncos because of their defense that has yielded only 36 points over the last three weeks. They were terrific last weekend on the road, and I’m looking for another strong performance when they meet Carson Strong and the Wolf Pack.

Six of the last seven encounters between Nevada and Boise State went in the under. Also, the under is 4-2 in the Broncos’ last six games, 13-7 in their previous 20 conference matchups, and 5-1 in the Wolf Pack’s last six outings on the road.

Hereof, I’ll stick with the betting trends. Both teams will focus on the opposing quarterbacks and wideouts, as either side has been awful on the ground so far this season. Nevada surrenders only 149.3 passing yards per game (14th), while Boise State allows 210.0 (56th).