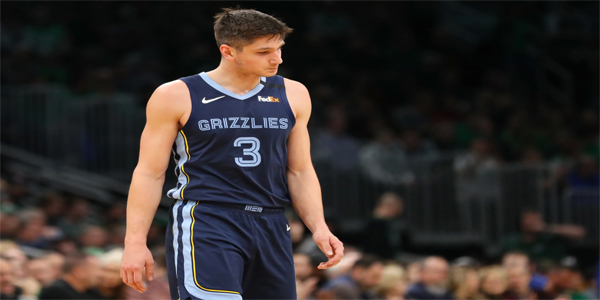 The Memphis Grizzlies may not have expected to become such a competitive club so soon, but first-year coach Taylor Jenkins is probably not among those who doubted it. And BetAnySports customers who have believed in his team have benefited some from what he’s done.

Jenkins is an anomaly of sorts in the NBA in the respect that not only did he not play any pro ball, he never played college basketball either. Not that he wasn’t an athlete in high school, but he made the decision to attend the University of Pennsylvania, where he graduated from the Wharton School of Business.

He worked his way up through the video room with San Antonio, then as D-League coach, an assistant with the Atlanta Hawks and Milwaukee Bucks under Mike Budenholzer, and not to his present position.

We’re not sure he is copying the exact same blueprint as Budenholzer, whose Bucks throw up a lot of threes. But he’s got his team not only in the thick of things in the Western Conference, but currently in a playoff spot. Memphis is the eighth-place team in the West, and even though it is quite possible that with five teams chasing them, one of them is going to force a two-game play-in, the Grizz will have to win only one of those games to advance. They would then play the Lakers.

Things get started on Friday with a game against the Philadelphia 76ers. In the NBA restart betting odds posted at BetAnySports, the Sixers are two-point favorites over them, with a total of 222.5 points.

Of course, it always helps if you can have a rookie as inventive as Ja Morant at point guard. Morant would be the odds-on choice as rookie of the year, as he is averaging 17.9 points and 6.9 assists, and the more experience he gets working with his teammates, the better he’ll make them.

One of those teammates is Jaren Jackson, who has a certain versatility about him on both ends of the floor but has gotten into the habit of fouling too much. That can mitigate the effect of him being able to guard different positions, while rookie Brandon Clarke (Gonzaga) can do the same and has turned out to be a better player than people thought he’d be.

There are other component parts, including center Jonas Valanciunas, who can take up a lot of room underneath, and Dillon Brooks, the former Pac-12 Player of the Year. Unfortunately, Justise Winslow suffered a hip injury and won’t play for Memphis this season.

What Jenkins would like to do is take full advantage of what Morant has to offer. And that means continuing to push the ball and create more possessions. They are sixth in the Pace category, a season after being dead last.

And Jenkins would like to start launching more threes. Only five teams in the NBA have attempted fewer.

So Grayson Allen may be someone who gets some additional minutes. And perhaps this was the rationale behind signing Anthony Tolliver, who has been on a bunch of teams and was one of the more accurate three-point shooters in the league just a couple of years ago.

There’s a prop on Memphis’ over-under on wins during the seeding games (3.5 wins). I don’t mind taking an OVER on that one, at BetAnySports, where you can find all kinds of props to enjoy the NBA restart with…… make a deposit using your debit card, credit card, person-to-person transfer or the virtual currency of Bitcoin, which is fast and easy with their automated system, and NEVER incurs a transaction fee!