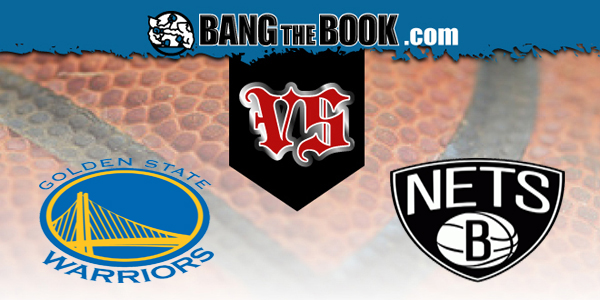 With Kevin Durant returning and being alongside Kyrie Irving, excitement is understandably running high in Brooklyn. And there are a lot of expectations. We’d expect that they will do their fair share of fast-breaking, given the fact that Steve Nash is the head coach and two of his assistants are Mike D’Antoni and Amar’e Stoudamire, and they had that whole “Seven Seconds or Less” thing going in Phoenix.

Some of the second unit guys grew a lot in the bubble, as they had their roles enhanced. And that will help as the season wears on. Chemistry has to be developed, but there is no question that this team comes to the table with depth at every spot.

Regarding the Warriors, well, we think there’s a certain degree of mystery about this situation. Steph Curry, off his hand injury, might not be super-sharp early on, but there are questions that have to be asked about everything else. We like Kelly Oubre, but he’s basically filling the shoes of Klay Thompson, a rare bird in the NBA because he is a true two-way star.

Andrew Wiggins is talented, without a doubt, but will he fit in with the team concept? Karl-Anthony Towns didn’t seem to be overjoyed playing with him in Minnesota. And let’s face it – in the NBA you can find guys to score 18-20 points a game if you run enough plays for them. Wiggins may not experience that.

James Wiseman is eventually going to be an interesting proposition, as his Warrior teammates and coach Steve Kerr praise his athleticism and unique skill set for a seven-footer. But with only a few college games under his belt, he figures to be a “project” for a while, and even more so at the moment since he’s struggled with COVID-19 issues and didn’t play in the pre-season games. It’s Christmas week, but that doesn’t mean it’ll be good for the wiseman….. get it?

As for Draymond Green, who was somewhat less than enthusiastic in those instances when he was healthy last season, he is currently unavailable with a sprained foot. I’m still not sure how well he’ll really blend with a club that is rebuilding to a certain degree.

These Warriors can be competitive, because they have Curry and they can get scoring punch from Oubre and Wiggins, but these guys are so unfamiliar with each other. This was not a team that went into the bubble, and of course training camp was an abbreviated exercise. It’s going to take a while before they learn how to complement Curry, who may wind up shooting the ball more than ever before.

And realistically, when it comes to the second unit (which may carry more of the load early in the campaign), they’re going to have a hard time competing. The Nets will bring Caris LeVert off the bench – at least that’s what Nash was thinking – and that makes him an instant Sixth Man of the Year candidate, although the Usage rate he requires makes it impractical to be out there with Durant and Irving for too many minutes.

I would expect the Nets to have too much firepower at this juncture. So we’ll lay the points.

BetAnySports has you well taken care of, with reduced juice on basketball, which is a big asset because it helps you avoid having to lay the customary -110 on hoops……. Don’t forget that you can make real-time wagers with Sports Betting Prime,and make deposits with Bitcoin. Get on board!