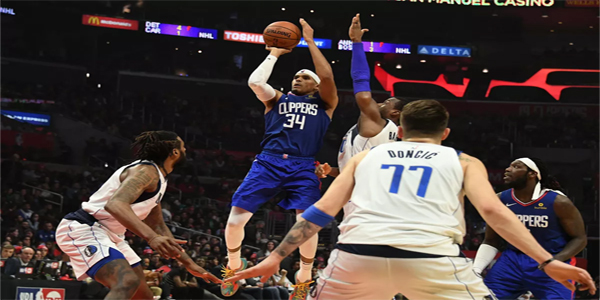 Despite some disturbance in terms of the roster, the Los Angeles Clippers have enough support from bettors. In fact, they are posted as the +247 favorites to win the NBA title by the folks at BetAnySports.

As the second-place squad in the Western Conference, their opponent in the first round of the playoffs is the Dallas Mavericks, but you get the impression that they wouldn’t have cared if they had a different position and a different matchup.

The priority for head coach Doc Rivers was in keeping his team healthy in time. And they might just get there in one piece.

We’ll see. We know that the two most important cogs in this machine are doign just fine. Paul George had missed the early part of the season, and Kawhi Leonard was coming off an injury himself, leading to Rivers employing an awful lot of “load management,” which is NBA jargon for resting players so that they are fresher for the playoffs.

Both George and Leonard averaged better than 25 points per game during the seeding period. But what is critical to point out is that both of those superstars is that they also serve as stars on the defensive end. And in a matchup like this, their best chance to advance will be to keep the Dallas offense a little off-balance.

In the NBA betting odds that have been placed on this series by the folks at BetAnySports, the Clippers (49-23 SU, 41-31 ATS) are considerable favorites:

There may not be a starting lineup that brings more defense to the table than the Clippers do. Aside from Leonard and George, they’ve got a certifiable pest in the backcourt in Patrick Beverley. And perhaps not enough people are paying attention to the man in the middle.

Ivica Zubac actually tested positive for the coronavirus and got to the bubble a little late. But he has averaged a double-double in the seeding games, and his individual defensive rating is the best on the team. He is the ideal example of a role player who complements the abilities of his more storied teammates. He also blocks shots (2.4 a game), which is what you are hoping for on the part of a seven-foot pivot man on a defensive-minded team.

All that having been said, what could put the Clippers over the top – and informs those who have so much faith in them – is that they can offer some offensive explosiveness as well. You already know what Leonard and George can do, but where they really have the ability to extract the advantage is when they go to the second unit.

They have the most productive bench in the league, averaging better than 50 points a game. What deserves particular attention is the dynamic duo – and they have both had “incidents.” Lou Williams left the bubble to go to his grandfather’s funeral, and at some point after that was found “making it rain” in an Atlanta strip club. So he’s lost some time. So has Montrezl Harrell, who got some extra time away from the team when his grandmother died, may not even be able to go full-throttle yet.

Now think about the fact that both Williams and Harrell have scored more than 18 points per contest, and you know that if these guys can’t take their “A” game onto the court, that will leave a void against an opponent that can put points on the board the way the Mavs can.

So while the Clips may have that element that should be able to mitigate what Dallas does well, it would not surprise us if they had a little more trouble than anticipated on their way to the next round.