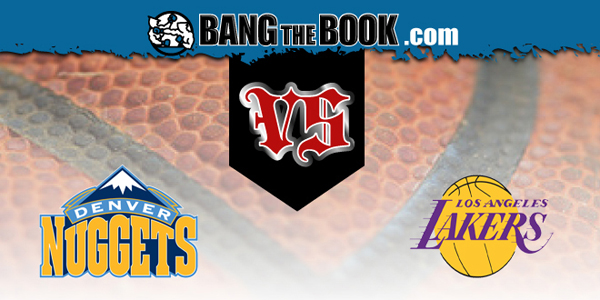 The Denver Nuggets couldn’t care less about being the underdog. But then again, you know that already.

So it is no surprise that they are not fazed at all by that role as they suit up for Game 1 of the Western Conference finals against the Los Angeles Lakers, who are the #1 seed in the conference.

Friday’s game will get underway at 9 PM ET, and of course, like all the other games in the bubble, it’s being held at the ESPN Wide World of Sports complex outside of Orlando. BetAnySports customers can wager on all kinds of propositions having to do with the series, and can make bets during the game in real-time through the facilities of Sports Betting Prime.

The Nuggets have become the first team in the history of the NBA to come back from 3-1 deficits in back-to-back playoff series, having done it against both the Utah Jazz and the Los Angeles Clippers. And they have come back from big deficits during the games themselves as well. So go ahead and make the assumption that they are never going to feel as if they have been beaten.

And you can give a lot of credit for that to Michael Malone, who has a pedigree in coaching going back to his dad Brendan, who coached a powerhouse at Power memorial High School in New York, and later led two different NBA teams from the bench. The younger Malone’s approach coming into the bubble was that he was going to counter the growing trend of “small” lineups by putting big guys out there, and that is usually appropriate when you have possibly the best all-around center in the league.

Nikola Jokic is a strong presence in the middle, and he is versatile enough that his coach utilized him as a point guard in some of the scrimmage games. He makes plays and is a ferocious rebounder, pulling down 22 boards in the decisive Game 7 against the Clippers.

When you add in the leadership of Paul Millsap, the emergence of Michael Porter Jr., and the skills of Jerami Grant coming off the bench, this is a formidable team up front.

But you know what? So are the Lakers. And that is just one of the reasons they are favored in this opener:

BetAnySports has also posted the Lakers at -570 to win the series, with the Nuggets at +425.

According to LeBron James, he and his teammates know exactly what they’re going up against. “The respect level is out of this world for what we have for this ballclub,” he told the L.A. Times. “That’s how we’re going into this series, understanding what they’re capable of, where they stand.”

And the Lakers are one of those teams wit the ability to adjust to what a guy like Jokic can do on the offensive end. They have the ability to go big with JeVale McGee in the middle and Anthony Davis alongside him. Or they can go smaller with Davis in the pivot. They can bring a guy off the bench (Dwight Howard) who is the three-time Defensive Player of the Year and who was also second in the NBA in Offensive Rebounding percentage.

The possible conundrum for Denver here involves whether they can defend on the inside. During the regular season, the Lakers averaged 57 points in the paint per game against them. Jokic is not necessarily an all-league defender. And the Lakers can find some success with Davis against him, which gives them the opportunity to employ that “smaller” lineup at the same time.

Remember that they were able to beat the center-less Houston Rockets at their own game in the previous series, winning four of five, with three wins coming by double digits. But they do envision having Howard and McGee come out and play a little. They were limited to 16 and 30 minutes, respectively, against Rockets.

In the backcourt, the assignment will be to slow down Jamal Murray. And we suspect the Lakers will throw a few different people at him, including Rajon Rondo, who has come back from injury to become a significant figure. Houston guard Russell Westbrook was held to 42% shooting and 26% from downtown in the semi-final series.

And the Lakers clinched against Houston on September 12, which works in their favor too. While we wouldn’t lay the -570 on the Lakers for the series, citing recent history, we have some confidence in them to carry the number in Game 1.

BetAnySports gives you a lot of great opportunities with which to bet the NBA playoffs, and keep in mind that you’ll get better value in the odds with reduced juice…….. And once the game begins, you can place wagers in real-time with Sports Betting Prime…….. Make your deposits with Bitcoin and operate with bigger limits and no transaction fees!