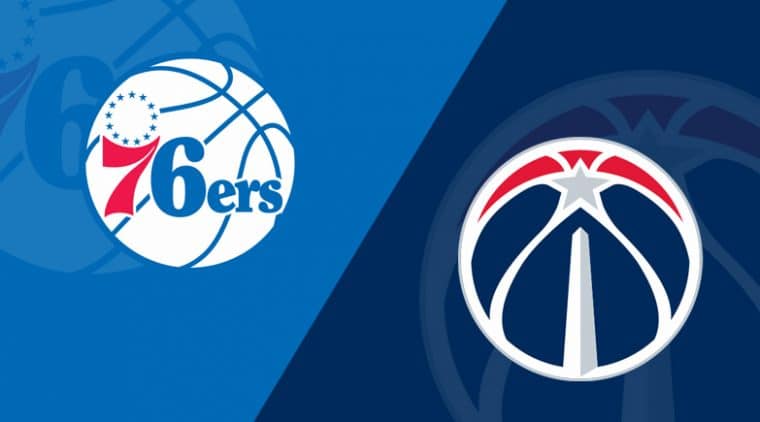 The Washington Wizards knew they were going to be a little outgunned when they went into their best-of-seven Eastern Conference playoff series against the Philadelphia 76ers. It’s not much different from any matchup between the first and eighth seeds. What they were hoping would make this a little different is that they have a couple of superstar-level players in the fold.

Even with Bradley Beal and Russell Westbrook, however, the Wizards are down 3-0 to the Sixers as they try to hold off being eliminated in Monday night’s Game 4, which is scheduled for 7:05 PM ET at the Capital One Arena.

BetOnline has a lot of ways for you to bet this game, with a full complement of props as well as the live betting option. And with Odds Boosters, you can get greatly enhanced payouts on pre-selected parlays, every day.

Let’s take a look at their NBA playoff odds for this game:

There was no question that Washington had a major challenge dealing with Philadelphia center Joel Embiid, simply based on the way he performed against them in three regular season meetings. Embiid averaged 30 points in 30 minutes in those games. And that held in Game 1, as he got his 30 points in just 29 minutes.

The Wizards shot very well in the opener (55.7%), but they had no such luck in Game 2. While it is true that Beal got 33 points for the second consecutive game, Westbrook got only two field goals, and Washington was completely snuffed out from long range, making just two triples in 22 attempts.

That was, in part, reflective of the defensive persistence of Matisse Thybulle, not to mention Dwight Howard’s stint off the bench, during which he grabbed eleven rebounds. The result was a 120-95 Philadelphia victory.

Thybulle set a new standard in Game 2, with five blocks and four steals in less than 20 minutes. No one in the NBA has ever done that before.

Yes, this kid, in only his second season in the league, is special.

Game 3 was a disaster for the Wizards. Philly’s starting lineup made 40 of 62 shots (64.5%) and they had 109 points after three quarters. It only took Embiid 27 minutes to score 36 points. Meanwhile, Washington connected on just eight of 35 attempts from beyond the three-point line.

The Wizards are under the gun right now, and they are in need of a big game from Westbrook, who isn’t necessarily all that hard to force into bad shots. The Sixers bring a particular brand of difficulty because they can put a very big lineup on the floor.

Washington set a pace that was higher than any other team in the NBA, but that didn’t seem to be much of a deterrent for the Sixers. These teams have now played six times, with Philly averaging 126.3 points.

Interestingly, Washington scored less than 10% of its points this season on the fast break, which would seem unusual given the Pace figure. What they do is get their shots up quickly. is that a proper prescription for victory against a team that can put three All-Defensive players on the floor at any given time?

You have to respect the fact that the Wizards won 17 of 23 to end the season and then got through the play-in tournament. But they aren’t going to bring Philadelphia to its knees with anything it does defensively. And the Sixers will get plenty of possessions.

So it follows that what we’re leaning toward is a team total, and for the Sixers to score OVER 119 points (-110).

BetOnline makes betting on the NBA much more exciting, with a plethora of props, as well as live betting, which is unbelievably convenient and lets you keep up with the progress of every event……. And get greatly enhanced payouts with parlays every day with Odds Boosters……. They’ve got every conceivable way to open up an account, including Bitcoin, so it’s very easy to hop on board!