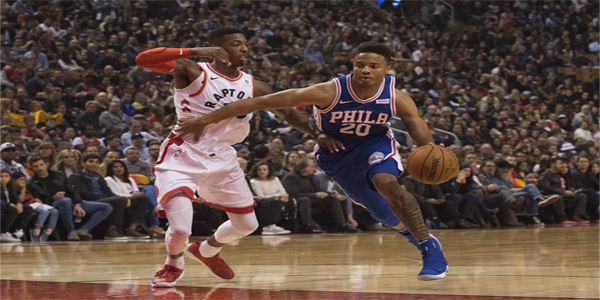 The Philadelphia 76ers won’t last long in the playoffs unless they figure out a way to get things pointed in the right direction without Ben Simmons. From that standpoint maybe it’s good that they are getting some minutes for their role players as they approach the post-season.

Meanwhile, BetAnySports customers are well aware that the Toronto Raptors are one of the most well-prepared teams in the league. Whether they can make another dramatic romp toward an NBA title, however, remains to be seen.

The Sixers, off a disappointing loss to the Phoenix Suns, will come back without a day of rest to face off against the Raptors in an NBA game that is slated to get underway at 6:30 PM ET on Wednesday. It takes place at the Field House, which of course, is at the ESPN Wide World of Sports complex near Orlando.

Bad news came Philadelphia’s way when it was revealed that Ben Simmons’ knee injury was going to take him out of action for the remainder of the season. Clearly, coach Brett Brown has to be able to shuffle the deck to find something advantageous.

Not in the way of making excuses, but there were some mitigating circumstances surrounding Philly’s 130-117 loss to the Suns on Tuesday. For one thing, they were facing a highly-motivated Phoenix squad that has made the most of its opportunity in the bubble, winning all seven of its appearances.

In addition to that, the Sixers had something of a skeleton crew on hand. Tobias Harris, who came into the bubble leading the NBA in minutes played, sat out, as did Al Horford, Joel Embiid and Josh Richardson. Those guys constitute the best of what the Sixers have left.

Philadelphia surrendered 55% shooting to Phoenix, but there were some bright spots, especially in the backcourt.. Alec Burks had 23 points, while Raul Neto had 22. Shake Milton pitched in with seven assist without a turnover. The general consensus is that the Sixers will have to shoot more threes without Simmons in the lineup. And they hit 15 of 33 from beyond the arc (45.6%).

Toronto has won five of its six games since the restart began. Monday’s performance was more than commendable, as the Raptors beat Milwaukee (albeit without Giannis Antetokounmpo) 114-106. In that game, they held the Bucks to just two fast break points, while chalking up 21 second-chance points.

BetAnySports patrons who follow the NBA closely know that Milwaukee allows its opponents to shoot as many triples as they want, and the Raptors only hit 30% against them. But Toronto is the toughest team to shoot against from beyond the arc, allowing only 33.5%, and they have the second-best defensive rating in the NBA, surrendering the fewest points as well.

The reason we mention all of this is that if form holds, the Raptors and Bucks will once again meet in the East finals, where, in terms of styles, the defending champs may have an edge.

No final injury information had been released, but it’s quite possible that the 76ers could be playing people like Embiid, Richardson and Harris in the back end of this back-to-back. Toronto kept Serge Ibaka, Kyle Lowry and Fred VanVleet – all key members of the rotation – on the sidelines for their Monday game.

We’re not fully confident in what the Sixers are going to be able to do with a lineup that isn’t quite what coach Brown had in mind going into the bubble. But we appreciate the reliability of the Raptors, at least at one end of the floor. They can shut down the long-range game of Philadelphia and they won’t be easy to deal with inside either. We’ll lay the points with Toronto.