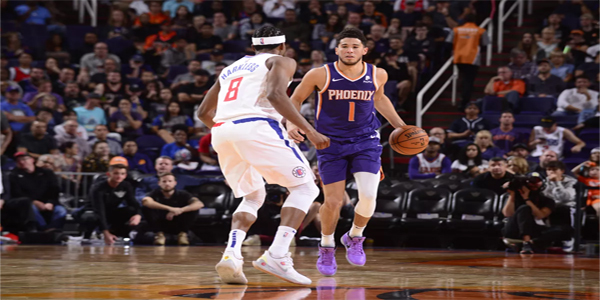 The Los Angeles Clippers have some of the best personnel in the NBA – there would seem to be no question about that. That counts at both ends of the floor. As they rebounded from an opening game loss to the Lakers in this restart, they exploded upon the New Orleans Pelicans as BetAnySports customers saw a devastating display.

They sank 25 three-point shots, which set a new franchise record, and blew away the Pelicans, jumping out to a 77-45 halftime advantage, leading by 37 points at the end of three quarters, and improving their record to 45-21. There is not going to be a #1 Western Conference seed for them, and that makes something of a difference in terms of their first-round playoff matchup, but they are most likely going to be second-best.

Despite that barrage, if the Clippers are going to make it all the way to the Finals, they are going to have to do so with defense. They have the capability of shutting down any opponent on the wings, with the Kawhi Leonard-Paul George combo, Patrick Beverley in the backcourt and Ivica Zubac in the middle. They are fifth in the NBA in Defensive Efficiency.

And now they come into Tuesday’s game as a nine-point favorite over Phoenix, with a total of 230 points, as it is posted at BetAnySports.

The Clippers have proven to be a problematic matchup for the Suns. It is no secret that any team that plays Phoenix is going to have to worry about Devin Booker first. He is averaging 26.2 ppg and is the first option. Leonard, who has among his many talents the ability to guard different positions, slowed him down considerably, holding him to 14 points and 26% shooting from the field.

What we anticipate is that as we wind out way to the playoffs, the Clips will have benefited from the fact that while the regular season was going full throttle, neither Leonard nor George were over-extended; Leonard because coach Doc Rivers elected to be careful with load management and George because he missed the early part of the season while recovering from an injury.

The Clippers have been short-handed of late. And the key people missing in action are connected to the deaths of grandparents. Lou Williams, the reigning Sixth Man of the Year, left the bubble to attend the funeral of his grandfather, than was seen in an Atlanta strip club. Yeah, it turns out he was getting a private dance. Liar, liar, pants on fire. He has eligible to come back to the team on Monday, but we don’t know if he is going to be available on Tuesday. Montrezl Harrell, a front-runner for this season’s Sixth Man award, left for the death of his grandmother. And the team has told him to take his time coming back.

This is a team with depth, and they’ll be strong regardless, but the absence of the best 1-2 bench duo in the NBA is going to create a void. These guys average more than 37 points a game between them, so if the Clippers are not able to catch fire like they did against New Orleans, it will be a rough task putting away Phoenix by a sufficient margin. Also, we might expect they’ll take a more defensive posture, since we know they took care of business against the Suns previously, so the UNDER is certainly worth a look.

The NBA is going strong, and BetAnySports has more betting options than you can imagine. That includes reduced juice, which provides more value, and Sports Betting Prime, which allows you to participate in wagers while contests are in progress….. Make a deposit using your debit card, credit card, person-to-person transfer or the virtual currency of Bitcoin, which is fast and easy with their automated system, and NEVER incurs a transaction fee!