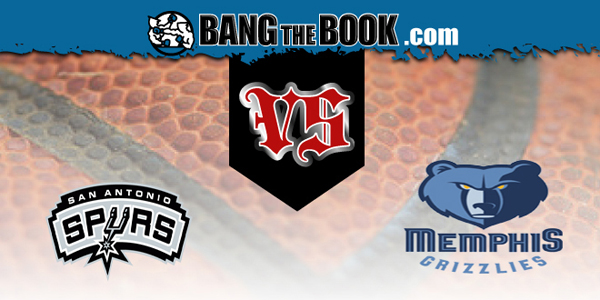 NBA Odds & Preview — Grizzlies vs. Spurs: Does Pops Have Something Up His Sleeve?

Gregg Popovich has had an incredible amount of success in the NBA, but if you think about it, this was largely before the league went analytics-crazy. Some might argue that he’s a bit stuck in the mud; in a league that is gravitating more and more toward throwing up three-pointers, his team shot fewer than any other last season.

He appears to want to change that….. a little.He’ll go smaller at time, and he’s got a nice anchor for the defense in the backcourt in Dejounte Murray. But if DeMar DeRozan – a notorious non-shooter of threes – and LaMarcus Aldridge, who does not play a lot beyond the arc, are the key figures in the offense, Popovich’s plan, if there is one at all, is going to hit a snag. He’s missing some backcourt people for this opener.

One thing you have to say about the Spurs is that they must choose their three-point opportunities well, because they were fourth-best in the NBA in three-point percentage last season. Which we guess is why Pops decided to shoot more.

Of course – and I don’t want to sound like one of those “dumb” reporters at his press conferences – if the opponent knows you’re going to shoot more threes, maybe they’re going to be more ready for it.

Oh well, let them find out the hard way.

Memphis misses a couple of important people missing this game, as Jaren Jackson and Justise Winslow won’t be available. These guys defend multiple positions, so the Grizzlies have to make up for that somehow.

They seem to have a smart enough guy to do that.

Taylor Jenkins did not play pro basketball. He did not play college basketball either. But he’s here anyway, because he’s had good mentors. One of them is Mike Budenholzer. And Popovich is the guy who gave Jenkins his first opportunity when he employed him in the basketball operations office.

So certainly these guys know each other. But with regard to that, advantage Jenkins, because it’s likely he has made more of a study of Popovich than the other way around.

When the Grizzlies get back to full strength, they could be pretty formidable. Last season they were involved in the one-off play-in game that determined the eighth seed in the West, which they lost to Portland.

Naturally that was a beneficial experience, and unlike a lot of NBA teams, the Grizz has a point guard who truly knows how to make others on the floor better. Ja Morant, the reigning Rookie of the Year, has the kind of instinct you can’t teach, and I expect a guy even more in command in his second year.

And while Murray could pester Morant, one of those Spurs shooters is going to have to deal with De’Anthony Melton, Memphis’ defensive demon. Let’s see what happens with Grizzlies first-round pick Desmond Bane from TCU, who is a legitimate outside shooter. Bane was also a guy who came out after this senior year, which might make him a little more “ready” for pro ball in some ways.

We know Popovich has a plan to “modernize” his offense. We’d like it to have at least a little success before spending money on it. We’ll lay the points.

BetAnySports is ready for a big season in the NBA, with reduced juice for better odds and real-time wagering through Sports Betting Prime…….. They’ve got lots of ways to open your account, including the virtual currency of Bitcoin, which is fast and easy with their automated system, and NEVER incurs a transaction fee!