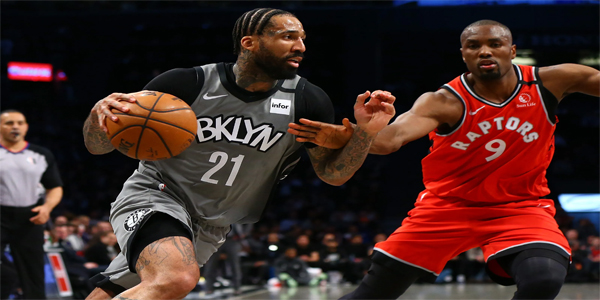 So the question is – can the Toronto Raptors actually do it again? Such a thing would be so unlikely, when considering that teams that lose a superstar often have to go through a transition period. And in this case the superstar (Kawhi Leonard) is such a two-way stalwart that he is a fixture on the All-Defensive team, and such a clutch performer that he has won the NBA Finals MVP twice.

So are BetAnySports patrons surprised right now? Well, they obviously would not be all that surprised if the Raptors moved on to the Eastern Conference semi-finals, because the team in front of them has had their rotation stripped by injuries and opt-outs. Because rest is going to be important in the bubble, the Raptors may want to make quick work of the Brooklyn Nets.

Nick Nurse did not win the NBA’s Coach of the Year award. But there were plenty of people pushing his case. The results speak for themselves. Even without Leonard, Toronto has arguably the best defensive team in the NBA. They have allowed the fewest points and had the best Defensive Rating in the eight seeding games – by a margin of almost five points per 100 possessions.

So you know there’s something about the scheme that is right on the mark.

Yet the Raptors would not be able to reach second place in the East with their 53-19 record (41-30-1 ATS) if not for the continued development of Pascal Siakam, who played second fiddle to Leonard last season and is now the All-Star offensive standout.

In the NBA odds for the series that have been posted by the folks at BetAnySports, the Raptors are huge favorites:

The biggest thing the Raptors have going for them is obviously that they had what it took to go all the way to the championship last season. That experience is hard to duplicate. And there were no roster shakeups either – if there is anything team president Masai Ujiri advocates, it’s continuity. That plays to their advantage here, because it’s not a team that had to re-introduce themselves to each other after the long hiatus in the season.

And they do a great job of spreading minutes in the middle, between veterans Marc Gasol and Serge Ibaka. If they aren’t called upon to shoulder too much of the offensive burden, they’ll be okay.

But that will necessitate consistency out of the backcourt duo of Kyle Lowry and Fred VanVleet, who don’t always deliver on the offensive end. In fact, Lowry can downright disappear when he isn’t hitting his three-pointers. And they lead a team that turns the ball over almost 19 times per contest while in Orlando. Of course, when they get hot, they will carry this team.

The defensive responsibility for Toronto will revolve around the ability to neutralize Caris LeVert at the high post. That he is the first option is a vast understatement, so it would follow that if the Raptors, who as we inferred are about the most well-drilled team in the league on the stop end, can come up with a strategy to force Jacque Vaughn and the Nets to a “Plan B.”

Nurse’s own plan is to make each playoff opponent do that all the way to the end.