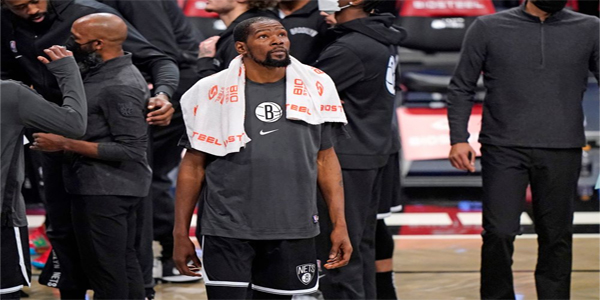 Today’s subject: the Brooklyn Nets, who are one of the more intriguing stories in the NBA this season, for reasons that should be obvious.

Odds to Win the 2021 NBA Championship

Odds to Win the 2021 Eastern Conference

The NETS are certainly getting a lot of respect here. And that gives you an idea of what is expected of Kevin Durant as he comes back from his Achilles injury.

This is a team with a lot of talent. And most of that talent was missing in the bubble, when eight key members of the rotation were not available to play. That, of course, included an injured Kyrie Irving. But remarkably, Jacque Vaughn, who had been named the interim coach when Kenny Atkinson was fired, kept this team on track to a playoff spot. 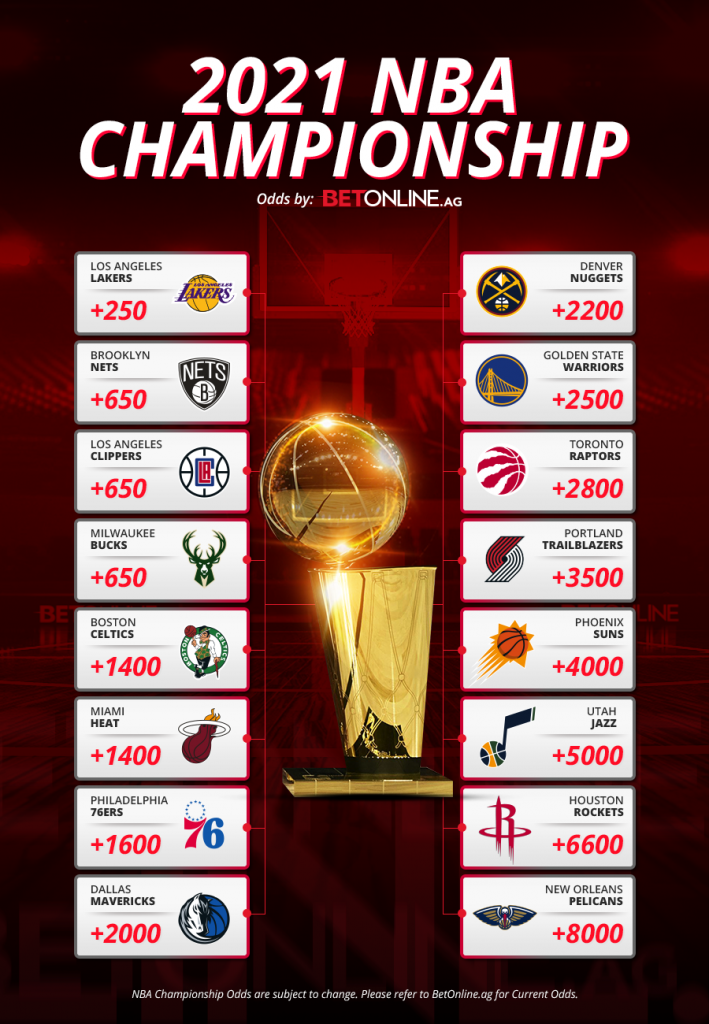 It’s pretty much an “all-in” situation now, with Durant teaming with Irving and a strong supporting cast. But we wonder whether Steve Nash is the head coach or just part of that supporting cast. Nash’s hiring brought its share of racially-charged criticism, and then there was some more strange stuff when Durant and Irving essentially implied that they would be involved with running the show too. In other words, it’s a state of mild anarchy. We wonder if Nash was blind-sided by that.

And I’m not sure that kind of thing has ever won big in the NBA, if it’s even been tried.

For the sake of delivering more of the picture to BetOnline patrons, not only is Vaughn – who garners a lot of respect from the guys on this roster – still around as an assistant, Nash has also brought aboard Mike D’Antoni, under whom he played in Phoenix. So there is that question of who the players are ultimately going to turn to for direction.

That’s not just idle chatter; the Nets had a similar situation when Jason Kidd, who’d had no coaching experience, was hired in 2013 and lobbied to bring back Lawrence Frank, who had previously been a head coach with the Nets, back as an assistant. It took time for Kidd to get his legs under him, and meanwhile the players were looking to Frank for direction. The two clashed over that, and Frank was eventually yanked off the bench and reduced to filing scouting reports, in effect, becoming the most expensive scout in the history of the league.

Aside from all this, the Nets are not going to be able to implement the “Seven Seconds or Less” strategy the Nash-D’Antoni combo had its most success with. That’s because Durant and Irving would never buy into it. D’Antoni encountered the same thing with high-profile players like Carmelo Anthony (New York), Kobe Bryant (Los Angeles), and even James Harden in Houston. That’s prevented him from really carrying through his vision as he did with the Suns. But he’s obviously had a certain level of influence everywhere.

Many NBA basketball bettors are aware that Durant and Irving are big buddies, but whether they can play together is another question. Irving was in a genuine team dynamic in Boston, but he didn’t fit in with Brad Stevens; all he did was complain, and the Celtics were better without him. We know that both Durant and Irving are going to be good enough in “isolation,” which, when it really comes to it, is a term for one-on-one ball-hogging that NBA players use to be kind to themselves. But will that win a title?

Then there is the quandary Nash faces with Caris LeVert, who became the Nets’ first option – and an effective one – in the bubble. But in doing so, LeVert’s Usage rate was one of the highest in the league, and questions loom as to how he’ll integrate himself with Durant and Irving if they’re on the floor at the same time?

Simply put, there may not be enough basketballs to go around. So Nash is considering bringing LeVert off the bench.

I think that the Nets are capable of going over this posted win total of 44.5 for this 72-game season; that projects to a little more than 51 over the course of 82 games. It seems a reasonable goal, unless Durant and/or Irving, who are coming off injuries, get hurt again.

In terms of overall impact, they may be overrated. With the likes of Milwaukee, Miami, Boston and Philadelphia to compete with, they’re not a better value than those teams to get through the East.

There are enough good players here, but also more than enough chances for things to go wrong.