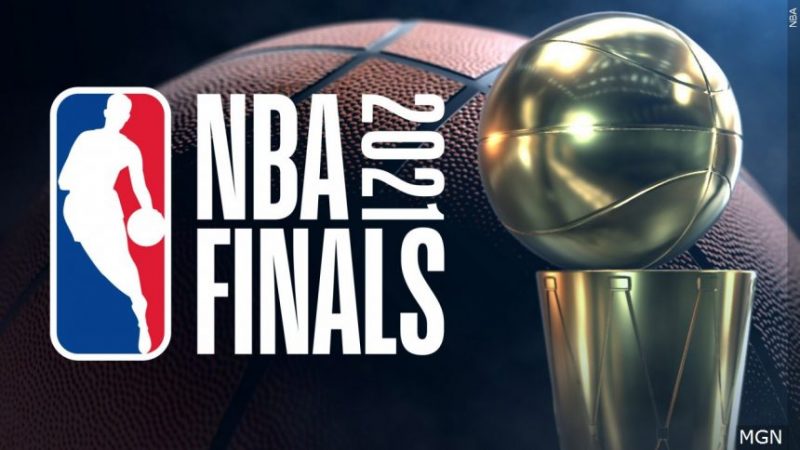 The Milwaukee Bucks are down, but they’re not out. They have demonstrated that before in these NBA playoffs. Now, as they have their backs to the wall against the Phoenix Suns in the Finals, they return home, where they have been pretty damn good in the postseason, having lost only once in eight tries.

And with Giannis Antetokounmpo coming off a game in which he scored a playoff career-high 42 points, his return from a knee injury has to supply some kind of encouragement for BetAnySports customers who have been loyal Bucks backers.

So Game 3 is set for 8:05 PM ET at the Fiserv Forum. And in the NBA Finals odds posted on this game, the Bucks are laying points in their role as the home squad:

What really killed the Bucks in Game 3 was the hot hand the Suns had from long-range. Remember that Milwaukee’s defensive scheme just naturally allows opponents to shoot a lot of three-pointers – more than all but one NBA team this year. So if that opponent gets hot, it’s trouble.

Well, Milwaukee got in trouble. Phoenix made 20 of its 40 attempts from three-point range. So even though the Bucks, who gave up fewer free throw attempts than anybody in the NBA, permitted Phoenix to get to the line only 14 times, they were outscored by a whopping 60-27 in three-point offense.

If the Suns come back to the mean in that department (they shot 37.8% for the season), this becomes much closer. But after losses by scores of 118-105 and 118-108, the Bucks have to find some answers from elsewhere.

Maybe no one should figure on Mikal Bridges scoring 27 points again. And the Suns may not have Torrey Craig available, which thins out the bench a bit and takes away a valuable defender. But Milwaukee needs more offense. That much is clear for a team that led the NBA with 120.1 points per game this season.

Jrue Holiday is in a bit of a pickle. He has shot 31.4% over the first two games, and at the same time he has a daunting defensive assignment. The Suns’ backcourt of Chris Paul and Devin Booker has combined for 113 points. That is more than any backcourt combination in the first two games of an NBA Finals series in the last 50 years.

They’ll be looking for something big out of Khris Middleton, for certain. Middleton has had a rough time shooting on the road in the postseason, at just 40%. But he’s been 51% at home. If you’re looking for some hope, you may find it there.

What makes this assignment more difficult is that Phoenix has been very good on the road, all season long. They have gone 30-14 straight-up on the road, and have covered eight of ten as the visitor in the playoffs.

And on that basis, you’ve got to wonder whether Phoenix doesn’t loom as a pretty good money line play, as they are priced at +160 at BetAnySports, where they give you a lot of options, including alternate lines. And remember that with Super Lines and Ultimate Lines, you can engage in real-time wagering, so you’re always in the game!