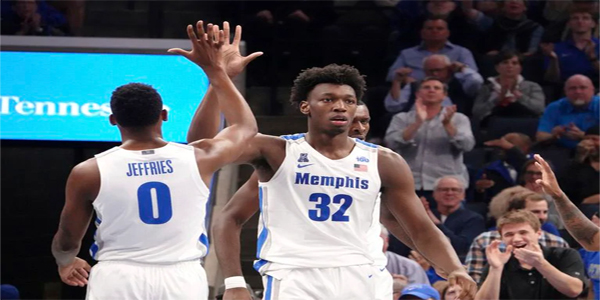 The NBA Draft will take place at some point. It may to an empty room with a commissioner just announcing the picks, but a new crop of potential superstars will be making its way to the Association sometime in the not too distant future.

Unfortunately, with the cancellation of most of the major conference tournaments, the NCAA Tournament, and the NIT, players were unable to improve their draft stock with some big performances under the bright lights. Who knows how much those data points could have altered the trajectories and projected draft spots of those that were going to declare or run out of eligibility after this season, but NBA teams have plenty of time to go over film and conduct phone and online interviews with players and their representation.

BetOnline Sportsbook has put together some NBA Draft props for the top five picks. Obviously it is difficult to pinpoint who get picked where because we don’t know what the draft order is going to look like, but all of these players are at plus prices and there could be some good values on the board.

We’ll have to see how the rest of the season and the Draft Lottery play out, but we can take a look at these odds and the players in the meantime as a point of discussion.

Here are the odds and the players for the top five picks as of March 29 from BetOnline Sportsbook:

Cole Anthony probably wouldn’t have gotten the chance to improve his draft stock in the NCAA Tournament, but it was clear how important he was to the North Carolina Tar Heels given how they played without him. The guy that could have gotten the biggest boost from the NCAA Tournament was Dayton’s Obi Toppin. Many felt like he was the player of the year for what he was doing with that Dayton Flyers juggernaut. We could have seen it firsthand in March Madness, but the coronavirus outbreak took that opportunity away.

Anthony Edwards of Georgia is the favorite here at +125. There wasn’t a lot that Edwards could do on his own to elevate the Bulldogs, who did underachieve given the talent level on that team. We didn’t see much from James Wiseman of Memphis, as he only played three games while under NCAA investigation for improper benefits by head coach Penny Hardaway. Wiseman has the size at 7-foot-1, but missed out on an important season from a development standpoint.

LaMelo Ball opted to go play overseas in Australia. Like Deni Avdija, playing against grown men should certainly help his chances of going high in the NBA Draft and some believe he could very well be the #1 overall pick. At +400, Ball is the best value on the board here.

It is certainly a guessing game as to which player will go first overall and then who winds up being the “consolation” prize. The reality is that there is no clear #1 pick, which means that the teams picking in the top five all seem to have a relatively equal chance of ending up with the best player.

If the Cavaliers got the second pick, it sure seems like they would want to go with size, so James Wiseman would make a lot of sense here. Obi Toppin could also go a long way in drawing some of that Cleveland-area Dayton fan base and he’s a big guy at 6-foot-8 with a lot of wing skills that the Cavaliers sorely need.

At this point, looking at a guy like Edwards at +500 makes a ton of sense. If he doesn’t go in the first two picks, it seems hard to envision him getting picked that far down the board. Basically, if he doesn’t go first or second and you keep getting better and better prices on him, that seems like a good investment. And there is a real chance that he does not go first or second overall with the teams that are in the mix and the respective needs that they have.

Deni Avdija is a real wild card in this draft. For one thing, he got to play against adults for Maccabi Tel Aviv in Israel. For another, we didn’t get to see a lot of these highly-touted college players on the ultimate stage. Some teams are inherently hesitant to gamble on European players. Other teams welcome the challenge. Without knowing how the draft order will fall, it is kind of tough to pinpoint exactly where he could go or if he’ll even be a top-five pick.

To say that there’s betting value on him with that in mind would be disingenuous, but if you start projecting out the potential top five, if there are teams that don’t mind going the non-North American route, you could find an opportunity.

Onyeka Okongwu is an interesting name. Scouts will love the athleticism. But, what is his position at the next level? At 6-foot-9, can he bang down low with bigger players? Can he handle the ball well enough to play on a wing? Will teams play the risk-reward game or will they look for more certainty?

The fourth or fifth picks honestly feel like landing spots for Cole Anthony. His skill set was obscured by the injury and how bad the Tar Heels were, but teams are going to love a lot of what they saw and understand that a kid who could have been the #1 pick is a great value at a spot like this.

Again, we’ll see when the NBA Draft Lottery takes place and have a better idea of where these guys could go, but for now, there may be some values to be had.