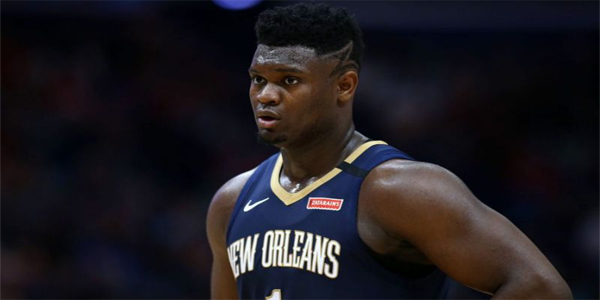 Betting odds are posted for the first eight games of the NBA’s return on July 30-31 at the Disney Wide World of Sports Complex in Orlando, Florida. There are still some details to be hammered out and there are still some players that will announce that they are sitting out, but it is great to look at NBA lines once again.

Odds are available at sportsbooks across the market, but we’ll be looking specifically at what BetDSI Sportsbook has to offer for this first set of contests. The return to the hardwood is going to be really interesting because each team has different motivations.

For example, the Utah Jazz face the New Orleans Pelicans in the first game on Thursday July 30. The Pelicans are -2 with a total of 220.5. The Pelicans are on the outside looking in for the final eight playoff spots. They are technically in “the playoffs”, so to speak, in the sense that they are still playing basketball, but are not one of the top eight teams in the Western Conference.

In fact, New Orleans sits 3.5 games in back of Memphis, which means that the Pels basically have no margin for error. On the flip side, Utah is fourth. They are safely in the playoffs.

Teams that are safely in will be playing for seeding, as home court advantage will be non-existent with all of the games in one location. How invested, how motivated, how engaged will those teams be, especially at the outset? How will those coaches handle the workloads for their players? This may be a scenario in which New Orleans has to go all out and Utah plays everybody for 15-20 minutes. Wouldn’t you want New Orleans -2 in that setting?

What about the Battle of Los Angeles in the TNT nightcap on the 30th? The Lakers are -1 with a total of 218.5 against the Clippers. Will LeBron even play? Will Kawhi play? If they both play, how much will they play? The Lakers are 5.5 games in front of the Clippers for the top seed in the Western Conference. They’re very likely to play whichever subpar team finds the #8 seed in the conference.

The NBA is going to attempt to further showcase the Black Lives Matter movement and a lot of powerful statements will be made as the games go along. Would a front-facing athlete like LeBron go ahead and play that first game as a show of solidarity with the players around the league? Do we get supernova LeBron that goes off for like 40? Are his minutes restricted?

These games almost feature a new level of situational betting angles that we have to sort through in order to make informed wagers. Unless coaches are extremely forthcoming about their plans, we’ll have to employ some guesswork. And we may not know until right before tip off. Not to mention, positive tests could very much be a thing, taking star players out of the lineup.

On Friday July 31, six games are set to go. The Orlando Magic, currently holding down the #8 seed in the Eastern Conference, is -4 against the Brooklyn Nets, who sit on the #7 line. Several Nets players are reportedly not going to Disney. DeAndre Jordan and Wilson Chandler are the two biggest names. Spencer Dinwiddie might also skip the tournament. Orlando? Well, those guys don’t have far to go, but they will have to stay within the bubble.

The Memphis Grizzlies are currently above the cut line, 3.5 games ahead of the Portland Trail Blazers, Pelicans, and Sacramento Kings. Memphis plays Portland on July 31 and the Blazers, with a heightened sense of urgency, are -1 with a total of 222.5.

The Phoenix Suns basically have to run the table to have a chance and they’ll open against the Washington Wizards. Phoenix is -4 with a total of 228. Bradley Beal may not play for Washington, which means that this line would likely go up.

The Kings and the San Antonio Spurs link up, with the Kings -2.5, and so do the Houston Rockets and Dallas Mavericks, with Houston -1.5.

But, the game in the spotlight on Friday night will be the Boston Celtics and Milwaukee Bucks. As things currently stand, the Celtics, who have been a popular team in futures betting markets, would have to play Philadelphia, Toronto, Milwaukee, and then the Lakers if the top seeds hold up in their respective series. What do we see from the Celtics in this short end to the regular season? Do they make a push for the #2 seed in order to get an easier first-round matchup? Do the Raptors sand-bag enough to allow that?

The Bucks, like the Lakers, have next to no incentive to put players at risk with the end of the regular season. Milwaukee has a 6.5-game lead over Toronto for the top seed. Whichever teams finish seventh or eighth are much lesser squads than the Sixers. The only benefit to being first would be avoiding the Raptors and Celtics until the conference finals.

Minutes restrictions make a lot of sense for guys like Giannis Antetokounmpo, but the Bucks have quality depth. So, too, do the Celtics. These could be some tough handicaps in games without a clear motivational edge.

Let’s just hope everything goes off without a hitch and the NBA does actually return.