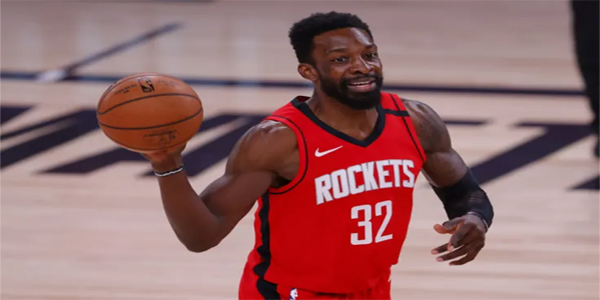 The Houston Rockets might win a lot of games on the playgrounds, as they have two of the most potent offensive weapons in the history of the NBA. But can anybody argue that if they are going to be any kind of factor in the playoffs, the defense must play a key role? Okay, anyone but Rockets fans themselves?

You can’t just go out there every night and hope to win a shootout over the opposition. But if you know you are going to play the game at a rapid pace and toss up a lot of three-pointers, you know they have to get some stops at their own end, to create some transition. BetAnySports patrons who follow their basketball very closely are well aware of this.

Daryl Morey is the forward-thinking general manager of the Rockets, and he endeavored to get this team thinking more defensively with the acquisition of Robert Covington, who not only has some big credentials on D but also fits in with the mindset that has this team playing with smaller and smaller lineups.

It is with all of this in mind that the Rockets (43-25 SU, 32-36 ATS), who are assured of a playoff spot, meet up with the Sacramento Kings, who aren’t, in a Western Conference game that will tip off on Sunday (8 PM ET) at the HP Field House. This all takes place inside the NBA “bubble,” which is at the ESPN Wide World of Sports complex near Orlando.

The Rockets actually got down to playing some defense in their last outing. That, and the Lakers also had a horrid long-range shooting experience. A lot of good things can happen when you outscore your opponents 63-6 from beyond the arc, and Los Angeles found itself in a 15-point deficit entering the fourth quarter as Houston cruised home with a 113-97 win.

Westbrook sat out the game with a quad injury (we’re not positive about his availability for Sunday) , and Eric Gordon missed it with his ankle injury. Covington had only eight points and six rebounds. But Harden had 39 points, and Covington put up by far the best plus-minus at +29, indicating that his defensive presence is definitely being felt. And Morey’s vision may be getting realized.

The thought coming in to the bubble was that teams would have to draw upon their benches so as not to overextend anyone. But Houston coach Mike D’Antoni has defied that. In each game he has stuck with a rotation of only eight players. That includes the 153-149 donnybrook against Dallas in the first game of the restart. The best he can do is gain third place, but this hardly seems like a “feeling out” period where D’Antoni is trying to experiment with different combinations. He’s been forced to use different combinations, without question, but these guys have their game faces on.

BetAnySports patrons should know that the Kings are not out of the picture by any means. But they are running out of time to mount a surge. Sacramento is 29-40 (35-32-2 ATS), and as of this writing they were 2.5 games behind Memphis and two games back of Portland. They will have to catch one or both AND beat out other teams to get a shot at a playoff spot.

After three straight restart losses, they had to pull a rabbit out of a hat to stay alive, and they did, beating New Orleans 140-125 despite 24 points in 22 minutes from Zion Williamson. The Kings got explosions from Bogdan Bogdanovic (35 points) and De’Aaron Fox (30) and had a hard time missing (54% shooting), especially in the first quarter, when they were 18 for 23 with seven triples and scored 49 points.

Not every opponent is going to be that generous, however. The Brooklyn Nets were not generous on Friday night, as they beat Sacramento by a 119-106 count. Aside from the Bogdanovic-Fox combo, the Kings had only 20 field goals, and they were 12-of-40 from the arc (just 30%).

And even though the Kings made 20 triples in the first meeting between these teams, the last thing they want to do is get into a three-point shooting contest, because the Rockets are going to figure out a way to get off more.

In fact, their best hope is to slow the pace down. That is something coach Luke Walton did earlier in the season when Fox and Marvin Bagley were not available. If there is a style that really suits Sacramento well, we’re not sure they’ve found it.

We’re going to give Houston a substantial edge here, particularly if they get Westbrook on the floor, with a win prediction by at least a dozen points.