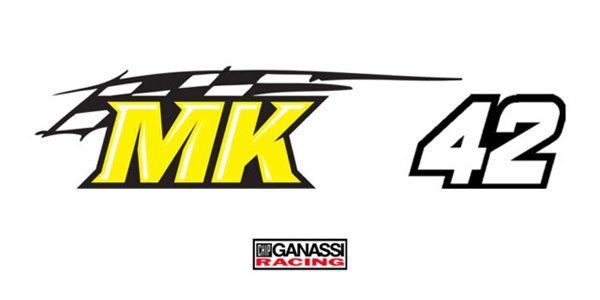 While the comeback of Ryan Newman is getting more attention as NASCAR gets started again on Sunday, perhaps the more remarkable new return comes in the person of Matt Kenseth, who might have been reluctant to become involved at the outset of the season, but is now raring to go.

Kenseth, a two-time winner of the Daytona 500 who is at the advanced (for this sport) age of 48, will make his first NASCAR appearance in eighteen months as he assumes the seat in the #42 car in The Real Heroes 400 on Sunday. The early races in this NASCAR re-start will be taking place at Darlington Raceway, not far from the headquarters of most NASCAR teams.

The race, which will be televised on FOX, gets underway at 3:30 PM ET. BetAnySports has posted Kyle Busch, as the favorite. Here are the top eight drivers listed:

Of course, you are not going to see Kenseth listed among the favorites, although he carries a price of +400 to finish in the top five. He hasn’t been out there for a while, is not familiar with the car he’s driving, and has not had the benefit of having gone through qualifying. NASCAR teams don’t have that luxury at the moment; the starting spots were held through a drawing held in each of three groups of twelve drivers, with that separation being done on the basis of owner points.

He starts 12th on the grid. And in one of the head-to-head propositions, BetAnySports has him the +125 underdog against William Byron (-155), who won no less than three events in the eNASCAR iRacing Pro Invitational Series during the virus-imposed break.

It wasn’t necessarily Kenseth’s choice to sit out the 2019 season. So the idea that he was “retired” would be inaccurate. He was with Roush Fenway Racing on a part-time basis in 2018, and he just didn’t find any situation s that were, in his words, “the right fit” for last season.

But the former Cup champion (2003) says that he is so excited to get in his new car that he feels like a rookie.

How long it’s going to take him to get the hang of it is unknown. But he comes into these circumstances with enough confidence. The 42 car had been running extremely well through the first four events of 2020, with three top-ten finishes in four races.

In those races, the Chip Ganassi Chevrolet was driven by Kyle Larson, who became a casualty of NASCAR’s iRacing schedule, as he was caught uttering a racial slur during one particular race and was dismissed from the team. And that is what created the opening for Kenseth.

Kenseth has a lot to get used to. He has never worked with crew chief Chad Johnston before. And aside from there being no qualifying, there hasn’t been an opportunity for practice or test laps either. But he can’t be accused of not being fit; he has been running marathons to stay in shape.

Speaking in his role as a commentator on NBC Sports, Dale Earnhardt Jr. has offered some advice to the drivers who are coming off a layoff. “If you have to give up a few spots in those first ten laps just to understand what your car can and can’t do, it might be the wisest decision you make all day.”

They’ll all be a little careful, we’re sure, although a few of the drivers have spoken up about being more aggressive out of the box. But we are probably going to hold off on backing Kenseth for the time being. The price of -550 that he does NOT finish in the top five may be the smartest way to go at the moment. And we’d take Byron over Kenseth in the head-to-head prop as well.

BetAnySports knows there’s going to be a lot of NASCAR action upcoming, and they will get you very close to it, with the most comprehensive odds available. Check them out, and in the meantime look around for what else is available. The best is yet to come!……… Five casino options are available, two of them with real dealers. And enjoy 50% Rakeback on poker in The DragonRoom………. Open an account with your debit card, credit card, person-to-person transfers or the virtual currency of Bitcoin, which is easy to use and NEVER incurs a transaction fee!