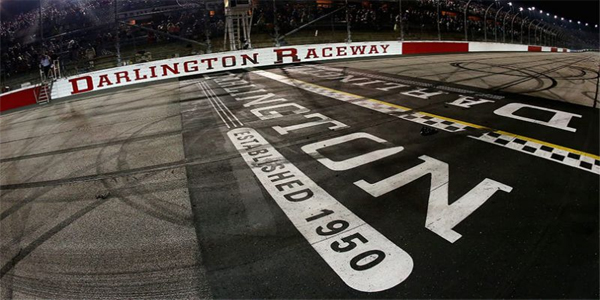 NASCAR Betting — Darlington is Site of the Big Return May 17

The stock car organization has announced it is returning to live action with an aggressive schedule. The Monster Cup Series will resume on May 17 at Darlington, and the schedule has been reshaped in order to incorporate some of the races that were lost to the lockdown.

That means BetAnySports customers who love to wager on NASCAR racing will be able to check out seven races in an eleven-day period of time.

Four of those will be Cup events, with two in the Xfinity Series and one truck race. The first three will be held at Darlington, the oldest super-speedway on the circuit. And then things shift over to Charlotte Motor Speedway, where there would be four straight days of racing, starting off with the Coca-Cola 600 on May 24, with the second of two Wednesday Cup races on May 27.

Fans won’t be allowed onto the grounds, but the races will be televised.

Everything is kind of new because of the extraordinary circumstances, so NASCAR officials are going to be playing it by ear. Practices and a qualifying process won’t be conducted at Darlington, and even though drivers and teams will have to qualify at Charlotte the next week, that could change.

Face masks are going to be mandatory for everyone who enters the facility. And everyone, including team members, will have to practice social distancing guidelines. Pit stops will be conducted, with those crew members also required to wear a face covering.

NASCAR is going to be especially cautious about the ongoing health of those associated with each team. So there will be constant monitoring, and everyone will have to keep a log tracing their contacts.

The interesting thing for BetAnySports patrons to note is that the drivers and crew members will not be taking coronavirus tests, because NASCAR says it does not want to take those tests away from others within the community who may be i need of them.

The safety precautions that have been put in place have had to come with the approval of government officials, and frankly, they are extensive enough that they probably exceed anything that is being done in the general public.

Former Cup champion Brad Keselowski echoed what most of the other drivers said when he tweeted, We’ll be missing the fans, but we’ve got some of the best in sports and their energy will still be felt when we strap back in. I’m looking forward to what’s ahead.”

NASCAR has drawn up a bunch of different schedules, but the full intention is to run all 36 Cup races. They’ve only had four so far. For now, they are looking to place these events at venues within an easy driving distance of Charlotte, which serves as headquarters for a great many of the Cup teams.

To this point, NASCAR has been entertaining its fans with iRacing via the NASCAR Pro Invitational Series. These simulations are entertaining, and they do involve the real drivers. But there have been unintended consequences. On April 12, Kyle Larson was heard on one of his radio channels using the “N-word” with a crew member, and as a result he got himself suspended by the organization, dropped by his sponsors and fired from Chip Ganassi Racing.

On the plus side, Ryan Newman, who almost won the Daytona 500 before getting into a horrific crash and suffering a head injury, has been medically cleared to race, so he should be back out there. He has also received a waiver from NASCAR so that he can remain eligible for the championship, despite missing three races.

BetAnySports will have all the best odds for NASCAR races, and soon afterward all your other favorite sports will follow……….. And remember that there is a 10% Plus racebook, 50% Rakeback in poker in The DragonRoom, and five casino options, including two of them with real dealers…….. Open an account with your debit or credit card, person-to-person transfers or the virtual currency of Bitcoin, which is fast and easy with their automated system, and NEVER incurs a transaction fee!