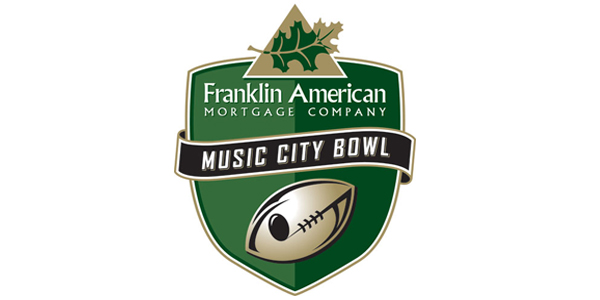 It looks as if while the Mississippi State Bulldogs may be in a bit of a holding pattern, the Louisville Cardinals can be classified as “trending upward.” These teams are meeting in the Music City Bowl, slated for Monday, December 30 at 4 PM ET at Nissan Stadium in Nashville, home to the NFL’s Tennessee Titans.

BetAnySports patrons can watch the telecast on ESPN and place wagers on it in real time as they access what is available through Sports Betting Ultra.

After a 2-10 season a year ago – well, actually DURING the season (two games to go) – Bobby Petrino was fired, and then Louisville (7-5 SU & ATS) decided to hire Scott Satterfield, who had spent six years at Appalachian State.

It wasn’t a drastic turnaround, but dramatic enough that Satterfield won the ACC’s coach of the year award for a team that was not supposed to escape the Atlantic Division cellar. After going 0-8 in the conference in 2018, they went 5-3 this year. That included wins over Wake Forest, Boston College and Orange Bowl participant Virginia.

Joe Moorhead is the head coach at Mississippi State (6-6 SU, 4-8 ATS), who were not necessarily all that competitive in the SEC but faced a murderer’s row of opponents that would make a record over .500 very difficult. The Bulldogs lost to LSU, Alabama, Auburn, Kansas State and Texas !&M, and they had to defeat two of the better “Group of 5” teams (Louisiana-Lafayette, Southern Miss) and capture an Egg Bowl victory over Ole Miss to qualify for a bowl.

In the college bowl odds on this game, Mississippi State is the favorite:

And if you’re looking for better numbers than the customary -110, get “reduced juice” at BetAnySports!

Moorhead, the former head coach at Fordham and offensive coordinator at Penn State, is known somewhat as a maestro of the RPO (Run-Pass Option), and with all due respect, maybe he needs more time to develop things, as he is in his second year on the job. On the plus side, they are a big threat if you have a soft defensive front, as they average 5.5 yards a carry. And they will run it to death too, as they essentially have a 61%-39% ratio in that direction.

Tommy Stevens got hurt, so they had press true freshman Garrett Shrader into service as the quarterback. Shrader was a prized recruit who threw for 1170 yards and earned his keep on the ground with 587 rushing yards. But MSU won’t get far unless a guy like Kylin Hill gets uncorked. He had 1347 yards (5.7 per carry).

The Cardinals are vulnerable on the defensive side. They gave up 33.8 points per game and allowed 5.5 yards per rush attempt. They were also 90th in pass efficiency defense. All this with a unit that brought ten starters back.

Like Mississippi State, Louisville is also run-heavy (62.5% of plays), although their offensive line has shown weakness, ranking one spot from the bottom (129th) in Tackles For Loss allowed and giving up 35 sacks.

For a while, the Cards were unsettled at the quarterback position, but Micale Cunningham is entrenched after an injury in fall camp set him back. There was a period where he threw twelve TD passes in four games, including five against Syracuse. He then had just 71 yards in a 45-13 loss to Kentucky. If he qualified with enough attempts, he’d be fourth in the nation in passing efficiency.

Louisville has a big edge in terms of explosiveness. Wide receiver Tutu Atwell, who runs a 4.2-second 40-yard dash, had 1129 yards (18.5 per catch) and a dozen TD’s. He’s one of the nation’s best. Then there are others who can get down the field, like Seth Dawkins (21.8) and Dez Fitzpatrick (18.1), who’ll have a size edge over MSU’s corners, especially as the Bulldogs are without Cameron Dantzler, an All-SEC cornerback who is sitting this game out because he is preparing for the NFL Draft, for which he’s declared. Javian Hawkins (1420 yards, 5.9 ypc) is the lead back. Oh, and Hassan Hall is third in the nation in kick returns.

Satterfield and his program will be sky-high for this, and it should be noted that he won all four of his bowl games at AppState. So no, I don’t think Mississippi State be able to rebound from last year’s Outback Bowl, where they lost 27-22 to Iowa.

BetAnySports makes all the bowl games very special, as they can start things out giving you a better price on the pointspread and total with reduced juice, continue with exciting player props, and then enable real-time wagering with Sports Betting Ultra……… And after the game has concluded, dive into some Asian casino games at the Lucky Live Dealer Casino……. It’s easy to open an account; just use your debit or credit card, person-to-person transfers or the virtual currency of Bitcoin, which is fast and easy with their automated system, and NEVER incurs a transaction fee!