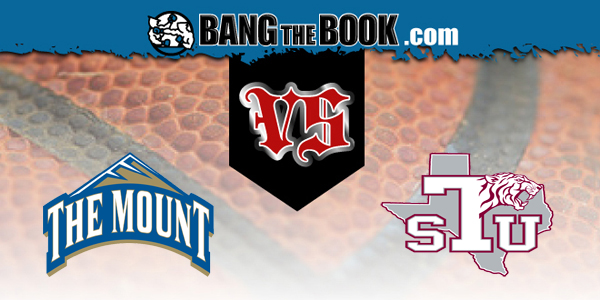 Seriously, what does it mean to win the Southwestern Athletic Conference (SWAC) title? How about the Northeast Conference? We’re not sure we’re going to find those answers out on Thursday night, but we’ll know a lot more after the winner of this “First Four” game enters the 64-team NCAA Tournament field.

The site is Assembly Hall in Bloomington, IN as the Texas Southern Tigers take on the Mount St.Mary’s Mountaineers. Game time is 5:10 PM ET on Tru TV, and BetAnySports customers will have the opportunity to place wagers in real-time while they’re watching, using the facilities of Sports Betting Prime.

Both of these teams are prone to turning the ball over, with Texas Southern one of the worst in the nation in that respect. Thankfully, neither team employs much in the way of forcing the other team to commit miscues, so maybe that’s a standoff?

Another thing TSU is known for is its ineptitude at the three-point circle. With only 27.7% accuracy, they are well-advised not to take too many chances from long range.

Johnny Jones has coached two other teams to the Big Dance – North Texas and LSU. His team’s plan is to work within short range and get to the line if at all possible. They are successful pulling down almost a third of their misses, and they are not bad at the charity stripe (just below 71%).

Mount St. Mary’s was largely non-competitive when stepping up in class, as was Texas Southern. But neither of them is stepping up too far in class here.

MSM will lull its opponents to sleep holding the ball on offense, taking up about 20 seconds on the shot clock per possession. They’ve got one of the more remarkable players in this tournament.Damian Chong Qui, a 5-8, 155-pound guard, carries averages of 15.1 points and 5.5 assists, but also 4.2 rebounds, and during one four-game string he hauled in 28 boards.

Texas Southern may turn to its own leader in the backcourt, Michael Weathers, to counter him. Weathers, who has also attended Oklahoma State and Miami of Ohio, where he was a starter, is probably the most experienced player they have, but he has made just one of his last 28 attempts from downtown.

MSM has a key player here in Nana Opaku, who blocked five shots in the NEC title game against Bryant. If TSU wants to do any business in the lane, they will have to get around him.

And if you want to talk about key factors, consider that Mount St. Mary’s is able to defend without fouling – the number of free throws their foes have taken is less than a quarter that of the number of field goal attempts. That’s a very low percentage, and so it would appear they may be able to neutralize what Texas Southern’s game plan might be.

We like Mount St. Mary’s to advance to the West region and face Michigan.

During the NCAA Tournament, you’re going to be right on top of the action with BetAnySports, where you have reduced juice for better odds, in addition to Sports Betting Prime for real-time wagers………. Open an account very easily, with debit cards, credit cards, person-to-person transfers or the virtual currency of Bitcoin, where there is no transaction fee!