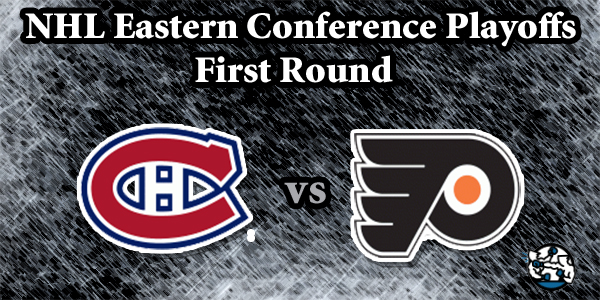 The Montreal Canadiens have already upset one team from the Commonwealth of Pennsylvania. Can they make it two?

The Philadelphia Flyers were the best Eastern Conference team in the Round Robin games and their “reward” is to face the #12 seeded Montreal Canadiens. The Habs knocked off the Pittsburgh Penguins to become the #8 seed for the first round, as Carey Price turned back the clock and the Penguins didn’t have enough answers offensively.

Will Montreal be able to do it twice?

The Flyers took Round Robin play a lot more seriously than the other three teams in the mix. One of the questions regarding the teams that had to play in the Qualifying Round and those that didn’t is how those Round Robin teams will do matching the intensity early in the series. The Flyers looked like a team that meant business, so they should have no issues being ready on Wednesday night.

The Canadiens were also second in high-danger scoring chances. They had 118 more than their opponents. So, they got quality looks. They problem was that they had 118 more chances than the opposition, but only eight more goals. They only outscored the opposition by five goals at 5-v-5. By expected goals for and goals against, they should have been +21 in 5-v-5 goal differential.

What happened? Carey Price happened. Price was a slightly below average goaltender during the season and he played 58 games. He had a .909 SV% and a 2.79 GAA with a -1.31 goals saved above average mark. He simply wasn’t good enough and none of the other guys that saw ice time played well either.

Price turned back the clock in the playoffs. He stopped 126 of 133 shots for a .947 SV% and a 1.67 GAA. The Canadiens outscored the Penguins 9-4 at 5-v-5, a testament to what Price was able to do. It would be unfair to fully say that Price stole the series for the Canadiens, but he was a big reason why they advanced. He’ll be a big reason in this series, too, if they are able to move on.

Nobody wanted to see the NHL shut down when the pandemic took hold, but the Philadelphia Flyers most definitely did not want to see it. They had won 14 of their last 18 games when everything abruptly stopped. Longtime coach Alain Vigneault finally had his team right where he wanted it. The goaltending situation had sorted itself out with Carter Hart. And then everything stopped.

The Flyers picked up right where they left off in the Round Robin, though. They scored 11 goals in three games and only allowed three. They outscored the opposition 9-2 at 5-v-5. They limited opponents to just 10 high-danger scoring chances. They did a great job of playing within their system to keep the opposition out of those quality areas. They actually had one fewer scoring chance than they allowed, but a much higher percentage of theirs came from really productive scoring areas.

This is a Flyers team thick with talent up front. Travis Konecny and Sean Couturier were first and second in points and Claude Giroux found his stride a little bit later in the season. This was also a Flyers team severely banged up on the blue line throughout the year, as Shayne Gostisbehere was limited to 42 games and Robert Hagg was limited to 49 games.

Let’s pick an upset here. I’ve been chalky with the first round to this point. The Flyers played great in the Round Robin, but none of the other teams seemed anywhere near as concerned as they were. It may work to their advantage getting the Canadiens, but this is a solid Montreal team that struggled because Carey Price did.

Price may not be quite as heroic in this series as he was against Pittsburgh, but he was once viewed as the best goaltender in the NHL and he seems to have taken the break and run with it. Remember, his 58 games were tied for the most with Connor Hellebuyck. A fresh Carey Price could be a great equalizer in this series.