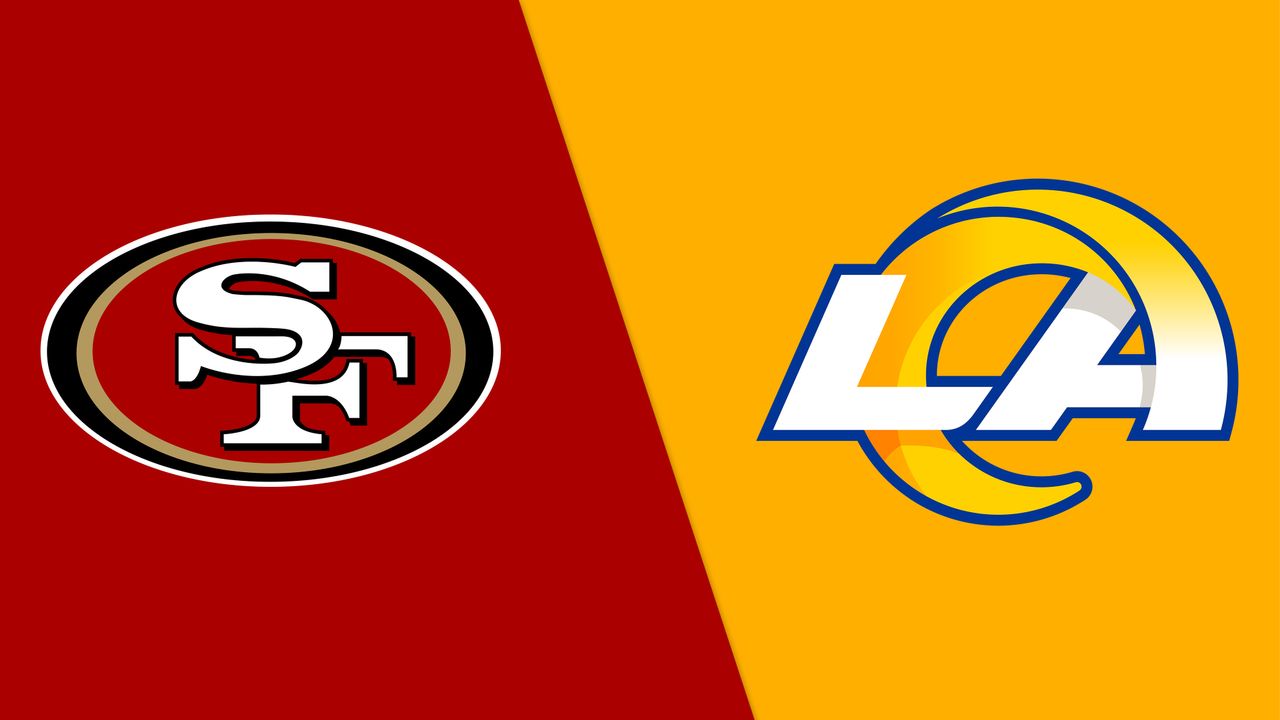 The San Francisco 49ers looked like they might have been looking at their seventh straight win over the Los Angeles Rams in last year’s NFC title game, as a sure interception from Matthew Stafford was landing in the hands of safety Jaquiski Tartt. But the interception wasn’t made, and it was the Rams who went on to win the Super Bowl.

The 49ers, seeking payback, would probably rather not look to engage in a shootout, as their defense is second best in the NFL in both yards and points allowed per drive. If they can get some big plays on the other side of the ball, they could be in good shape.

If those big plays materialize, there’s a good shot that they will be produced by Deebo Samuel, who put together the kind of season in 2021 that afforded him MVP consideration. One of the reasons was that he not only caught passes downfield, but also produced an element in the backfield that crossed opponents.

And we find this intriguing as the Monday Night NFL game approaches (8:15 PM ET from Levi’s Stadium).

Our focus is Samuel, as we take a look at NFL props using the Prop Builder at BetOnline. And we’ll talk about what might happen when he carries the football.

There are a number of reasons why Samuel has to be a key figure on the Monday night matchup. One of them is that he’s going to be needed – badly – in the ground attack.

The Niners have customarily prided themselves in being able to run the ball, no matter who they have in the backfield. Niners coach Kyle Shanahan got the philosophy from his dad Mike, who was masterful in the rushing game when he was at Denver. Kyle has been able to employ this a little more successfully than Sean McVay, his old colleague from Mike Shanahan’s old Washington staff. Well, at least after Todd Gurley was of less use to McVay with the Rams.

Mike McDaniel, now the head coach in Miami, was a true maestro of the ground attack, and maybe the Niners miss him in that regard. More immediately, they miss Elijah Mitchell, who fits the Shanahan mold perfectly, as a sixth-round draft choice (out of Louisiana-Lafayette) who proved to be a diamond in the rough, with 963 yards last season.

Mitchell injured his MCL and will likely be missing for four or five more games. Jeff Wilson is trying to fill the vacuum, and he is averaging 4.6 yards per carry. He is not being used as a change of pace; the 49ers have run the ball on almost 53% of all offensive downs. He is a go-to back. But Samuel is the guy who can fulfill the valuable “change of pace” role. He’s not the guy you want to keep running into the line, because you don’t want a guy who is your most explosive wide receiver to endure a lot of punishment. The Niners executive zone blocking and like to run outside of the tackles. And Samuel can beat the other team’s defenders to the outside.

Last season he led the NFL with 18.2 yards per reception. And the Shanahan-McDaniel duo, looking for someone who could add another dimension to the offense, started to use him in the backfield about midway through last season. He averaged 43 rushing yards per game over a period of eight games, of which San Francisco won seven.

With a chance to get to the outside and into the “second level” of the Rams’ defense, Samuel is more than capable of going OVER in this prop.

Enjoy great props action at BetOnline through Prop Builder, where you can find dozens and dozens and dozens of angles to wager on Thursday night’s action…….. And if that’s not enough, you’ve got Odds Boosters (with explosive parlay payouts) as well as the “Live Betting” apparatus……. And no matter what kind of cryptocurrency you’re holding, there’s a high likelihood that you’ll be able to use it to open up an account!