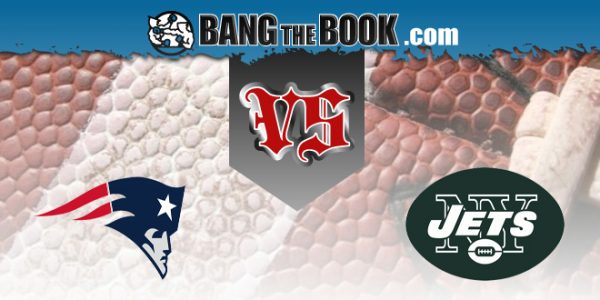 It appears likely that Adam Gase will last through this dreadful season. And maybe that gives BetOnline customers the impression that the New York Jets are a team run by people who have more important things to do.

In a way, that’s very much the truth. Woody Johnson (as in Johnson & Johnson), who has been the principal owner for many years, is currently serving as Ambassador to the United Kingdom. His brother Christopher is running the franchise in his place. As it looks as if Woody will be “off the clock,” so to speak, come January, it might be just in time to start the search for a new coach.

The firing of Gase would appear to be a fait accompli, and in this year of elections, it would be the kind of thing that might give the team’s fans just a bit more confidence. Why he got hired in the first place is the big question.

Not that it’s a mystery, because we know that Gase has done well in trading on a reputation – one that was created by his work with Peyton Manning. But when you think about it, who was the real offensive coordinator on that Denver Broncos team – Gase or Manning himself?

Whatever the real answer to that question, things aren’t working out in the Big Apple (or just outside of it, if you really want to be exact). And so Gase brings a team with an 0-8 record (1-7 against the NFL pointspread) into Monday Night Football against an old nemesis, the New England Patriots, who we may add have a coach (Bill Belichick) who ultimately thought better of taking the job with Gang Green…, if you recall.

The kickoff is slated for 8:15 PM ET at MetLife Stadium, and the Pats are laying double digits according to the numbers at BetOnline:

Gase is considered by some, we suppose, to be a quarterback “guru,” and coddling his signal-caller led him into some trouble in his last job. When he was with the Dolphins, and had made much of the whole “changing the culture” thing, he seemed to make exceptions and excuses for Ryan Tannehill when it came to criticism. The players deeply resented that. And, to put it bluntly, they stopped playing for him. That happened over the last two games of the 2018 season. And then the Jets hired him.

That’s basically the way it went.

Gase did not necessarily prefer to have Le’Veon Bell, who was a big free agent signing. And consequently he may have convinced himself that he couldn’t use him. So that turned out to be a disaster.

The whole thing has been a disaster. The Jets are dead last in the NFL in virtually every offensive category, including red zone offense, yards gained per drive, you name it. And the talk is that they might do well to go winless, or close to it, so they can be in a position to draft Trevor Lawrence out of Clemson, if that made sense, and if Lawrence doesn’t pull a John Elway / Eli Manning thing and negotiate his way out of the situation.

Let’s operate under the assumption that the Patriots are going to be somewhat prideful on the defensive end after four straight losses. As it stands now, Sam Darnold, who is dealing with a shoulder injury and hasn’t practiced, is probably being held out of this game. That puts Joe Flacco into the driver’s seat. The former Super Bowl MVP is 52% accurate and is essentially a sitting duck for most pass rushes.

But at least Darnold won’t have to see any “ghosts,” which is what he complained about the last time he faced New England. In three games, he’s completed 45% against the Pats. The point – these guys are screwed either way.

BetOnline will make your Monday nights awesome, and check out the multitude of props on the Pats-Jets game….. Also remember to take a look at Odds Booster, which affords you greatly enhanced payouts on pre-selected parlays every day……… They have every different way imaginable to open an account, and that includes Bitcoin, so there’s no excuse not to get on board!

SIGN UP AND GET YOUR WELCOME BONUS TODAY AT BETONLINE!