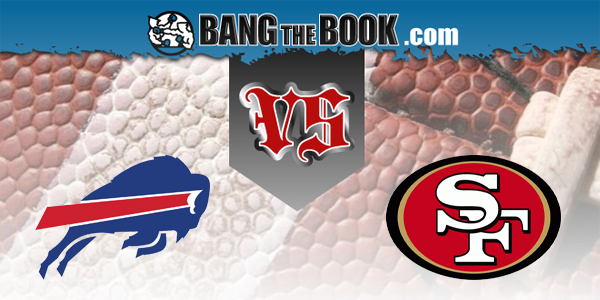 The Buffalo Bills are probably going to be the AFC East champions, while the San Francisco 49ers have encountered nothing but a rocky road in their attempt to win the NFC West for the second year in a row.

The Niners are still alive, but because of local restrictions due to COVID-19, they have had to move their practices and home games elsewhere. The site for Monday night’s game against the Buffalo Bills is State Farm Stadium in Glendale, AZ.

Listen, San Francisco is still really banged -up. And much of this effect has been felt on the defense, where they have lost a number of outstanding performers, including Dee Ford, Nick Bosa, Ziggy Ansah, Solomon Thomas and more.

So kudos to defensive coordinator Robert Saleh for not allowing this situation to get too far out of hand. He is unquestionably building his credentials as a potential head coaching candidate. And he is indeed being mentioned as someone who could fill any of seven or eight vacancies that are likely to be created during the off-season. But that is actually nothing new for him.

And now he’s got Richard Sherman back, which isn’t a bad thing, especially as he had an interception of Jared Goff last weekend.

BetOnline patrons who are familiar with Kyle Shanahan know that like his dad, he predicates his offense on being able to execute outside-zone runs and work play-action off them.

Of course, when you do that it’s important to have a running game. And at the moment the Niners have a backfield that can go out there and compete. Raheem Mostert, Jeff Wilson and Jerick McKinnon, not to mention fullback Kyle Juszczyk, played against Los Angeles.

Eleven of his passes, for 133 yards, went to Deebo Samuel, who returned from a hamstring injury. He is the ideal receiver for this offense.

Samuel is the league leader in yards gained after the catch; with a 12.9 average, he is far ahead of everybody else, and 4.9 yards ahead of any other wide receiver. Sure, he’s taking some pitches forward on jet sweeps, but when it comes to the Niners needing plays, he delivers.

The “YAC” stat is reflected very much in Mullens’ numbers. He has averaged just 6.2 Intended Air Yards per attempt, a figure that is very low. But he also leads all NFL quarterbacks in average Yards Per Completion. So although he is prone to making some rookie-like mistakes, he is with the Shanahan “program.”

The Niners have lost six games this season, and five of them were against teams that stand a real good chance of getting to the playoffs – well, all six, actually, if you want to count Philadelphia. And their sweep of the Rams, who have the #1 defense in the NFC, demonstrates credibility.

While the Pittsburgh Steelers, for example, have allowed 340 yards or more only twice, the Bills have surrendered that much eight times. They have, in fact, been outgained this season. And the opposition has had more success running against them than one might expect out of a Sean McDermott-coached team (4.7 ypc). So we’d say the Niners may have a chance to get that ground game uncorked.

Clearly Buffalo threatens to some degree on offense. Josh Allen is up over 3000 yards (275 per game), and is averaging 7.8 yards per attempt. The Bills have a capable back in Devin Singletary but are running the ball less than 40% of the time.

It does look like you could see some value on this one with the Bills, particularly since there is no “home field advantage” to be found. But I will go against that conventional wisdom, because fundamentally speaking, I can see the Niners accomplishing much of what they need to. So it is a vote for SAN FRANCISCO, which incredibly, is just a game out of wild card territory.

BetOnline has some great things in store for you when you bet on the NFL, like a ton of props and live in-game betting…….. And remember that Odds Booster offers you greatly enhanced payouts on pre-selected parlays – every day of the week……. The convenience of using digital currencies to open an account is always there, and that includes Bitcoin!

SIGN UP FOR A 100% DEPOSIT BONUS FROM BETONLINE SPORTSBOOK