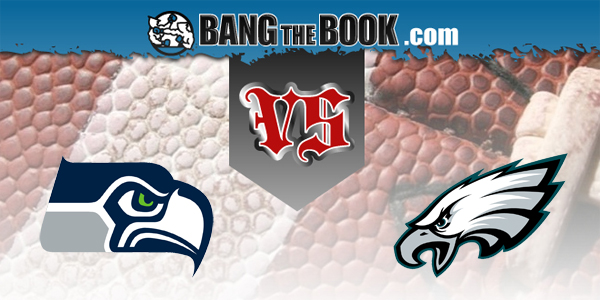 I was thinking the other day, “Hey, whatever happened to Matt Flynn?” What made me think of it is that I remembered a friend and associate, who had anointed himself a football “expert,” suggested back in 2012 that the Seattle Seahawks were making a big mistake by making Russell Wilson the starting quarterback after having signed Flynn as a free agent.

Flynn had thrown for 480 yards and six touchdowns in a game against Detroit, while filling in for an injured Aaron Rodgers in Green Bay. So suddenly he was a hot property. Of course, BetAnySports customers all know by now how that turned out. Seattle wasted a $9 million guarantee on Flynn’s $20.5 million contract, and Wilson went on to lead the team to a Super Bowl title.

As a youngster, Wilson did the kind of things that the Philadelphia Eagles are hoping Jalen Hurts might be able to do. But in the opinion of some, there’s a “Matt Flynn” on the scene in Philly, and his name is Carson Wentz.

Just like there may have been some initial resistance to dropping Flynn, because of his big contract, there may be something that, for the time being, could be keeping Wentz around. Something like a four-year, $128 million contract extension he signed last year, with $107 million of that money in the form of a guarantee.

That, right there, could be the reason why head coach Doug Pederson – perhaps under pressure from management and/or ownership – has said he’s made no plans to bench Wentz in favor of Hurts. No team’s front office wants to make it look like it failed.

Not that we think Hurts has any magic potion. Or that he can push the Eagles ahead of the pack in the NFC East, where they are currently a half-game behind the Giants and the “Football Team.”

But if he can add something a little different to the formula, it might help the Eagles in Monday night’s game against Wilson and the Seahawks, which begins at 8:15 PM ET. at Lincoln Financial Field (ESPN).

Here are the Monday Night Football odds, as they are posted at BetAnySports:

Wentz has a tendency to crumble. And his ledger is filled with negative plays; indeed, he came into this week’s action leading the NFL in both interceptions (14) and sacks (40). That’s not the kind of QB you can win with. He holds the ball a long time, and he isn’t particularly nimble.

But the Eagles intend to throw some variety into the mix. The word is that Hurts, who was on a national championship team at Alabama before transferring to Oklahoma and becoming a Heisman Trophy finalist, will be inserted into the game to run the team for a series or two at a time, or for special “package” plays.

Amidst Wentz’s mistakes, what some folks may have missed here is that the Eagles have been getting people back. No, Zach Ertz isn’t ready to go, but they haven’t put together a bad group of wide receivers, and with Miles Sanders, they don’t have a bad running game. They need to deal with Carlos Dunlap, who has brought more of a pass rush to Seattle, but remember that the Seahawks’ defense has been one of the worst in the NFL , and historically one of the worst ever.

Sure, we’re nervous about taking the Eagles, because they did, after all, have a better team last year and lost TWO 17-9 decisions at the Linc to Seattle. But this total is wide-open for them, especially if Hurts can run around a little and create something, so we’ll go OVER here.