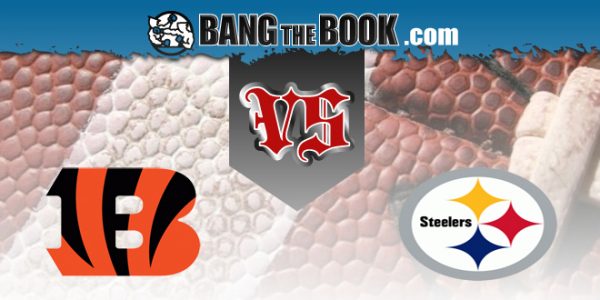 If the Cincinnati Bengals would have had the services of rookie Joe Burrow, the Monday Night Football game against the Pittsburgh Steelers would have been a lot more interesting for BetAnySports patrons to watch.

Not that it would have necessarily made it much easier to handicap.

But without Burrow, the Bengals are just another team that is limping toward the finish line in what has quickly become a rather regrettable season.

With the reigning Heisman Trophy winner, they were fun to watch, and often more competitive. Not that the Bengals are laying down in recent weeks, but they are not going to win any shootouts over the opposition.

The fact is, they haven’t won much at all. Cincinnati takes a 2-10-1 straight-up record (7-5-1 ATS) into the Monday matchup, while the Steelers, at 11-2 (8-5 ATS) would seem to be the much more motivated side, as they will allow the Cleveland Browns to get within a game of their AFC North lead if they suffer their third consecutive loss, with a meeting against the Browns slated for the season finale.

When the Bengals lost to the Dallas Cowboys, Brandon Allen, who had been the choice at quarterback because of his familiarity with head coach Zac Taylor’s system, injured his right knee and was held out of practice, which opened the door for Ryan Finley to take snaps with the first team. So here he is, as Allen is officially out.

In the Monday Night Football odds posted by BetAnySports on this game, the Steelers are laying two TD’s on the road:

Finley hasn’t played much this season. He has, in fact, attempted only 19 passes, and two of those have been interceptions. Last season he made three starts, and lost them all. In his brief career he is a 48% passer.

Kevin Hogan, the former Stanford star, will be the backup.

So as you can imagine, it’s going to be an uphill battle getting into the end zone against the Pittsburgh defense, which came into this week’s action ranked second in both yards and points allowed per drive, seventh in red zone defense, forces three-and-outs on 27.8% of possessions and leads the NFL in Sack Percentage.

On defense, Cincy, which ranks 30th in that Sack Percentage category, is going to be challenged as well.

As you probably know, Carlos Dunlap, who was one of the Bengals who was very unhappy, is not a part of the defense anymore, having been dealt off to Seattle. And the Bengals were unable to put much heat on Ben Roethlisberger the first time around, with only six “pressures” in 46 dropback situations. The result was a 333-yard day in the 36-10 Steeler victory (November 10).

As bad as the Bengals have been, they have hung in there on a lot of occasions in spite of being undermanned. In fact, during Taylor’s tenure, thirteen of Cincinnati’s losses have been by eight points or less.

And the second-year head coach, a former quarterback at Nebraska, does have his fans.

But would Joe Brady be even more awesome? Burrow knows about the Carolina Panthers’ offensive coordinator already, obviously. And Brady has, despite Carolina’s 4-10 record, reportedly drawn a lot of interest from teams who are perhaps looking for the next Sean McVay.

Taylor was thought to be that guy, having been a colleague of McVay’s, but many players have found him “uncommunicative,” and there have been complaints about his assistants speaking with “abusive” language toward them, sometimes with racial overtones. That doesn’t help when you’re trying to recruit free agents. It’s what has led players like Dunlap to seek greener pastures.

And let’s face it – when you have a 4-24-1 head coaching record, as is the case with Taylor, you don’t exactly take all the leverage in the world into an evaluation.

It is tough for us to imagine Cincy getting much offense going with Finley. So laying the points with the Steelers is probably the only way to go, although we wouldn’t make a big plunge. The “team total” for the Bengals is worth exploring. At the moment the price is -115 on an “Under 13” for them, and if you have absolutely no faith in the offense, you could even get +240 that they’ll score seven points or less. Consider that Cincinnati has tallied 50 points over the last five games, and that one of the touchdowns they’ve scored came on a kickoff return.

Those team totals are just a part of the plethora of props that are available through BetAnySports, which makes your Monday Night Football viewing a whole lot more fun……. Also, don’t forget that you can get reduced juice for better odds, Sports Betting Prime for real-time wagering, and many deposit options, including Bitcoin!