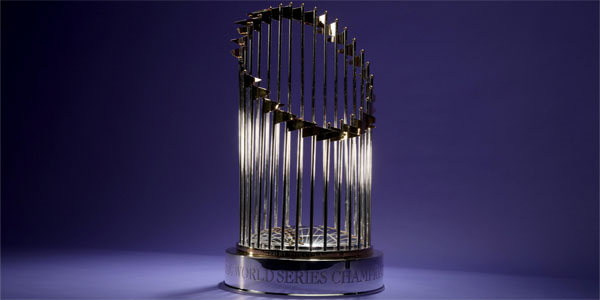 We’re about three weeks away from the start of spring training in Major League Baseball, at least for now, although in the greater Phoenix area, there is concern about starting Cactus League play given the high infection rates for COVID-19. As far as free agency goes, there are still dozens of players out there, including Trevor Bauer, a Cy Young Award-winning pitcher from the National League.

A lot of teams still have a lot of work to do to cobble together complete rosters. So handicapping the 30 teams in the major leagues is still a bit of a puzzle. However, if you feel like you have an edge when it comes to figuring out which team will hold up the Commissioner’s Trophy as World Series champion in November, then it’s time to look at some futures bets.

We have the World Series Odds to Win for each team, from JAZZ Sports, to win the 2021 World Series, along with some thoughts about some contenders.

Here’s something scary. The Los Angeles Dodgers, winners of the last World Series, have lost Enrique Hernandez, Joc Pederson and Justin Turner, but with what they have left on their roster, they are still a good five games ahead of the rest of the sport. That’s how deep their roster was.

Just down the coast, though, the San Diego Padres have something cooking. They surprised many observers by breezing into the postseason. Then they went out and added Blake Snell, Yu Darvish and Joe Musgrove – three front-line starting pitchers. They also have Dinelson Lamet from the year before – and he was a Cy Young finalist. Lamet was shut down with biceps issues in October, and he’s already had Tommy John surgery. This is a deep rotation, even if Lamet needs to get a slow start.

The Atlanta Braves have a lineup full of hitters who can rake. Their problems will come on the pitching end, as that rotation is, to be kind, a bit on the shaky side. That won’t matter as much during the regular season, but we have seen, time and time again, teams slugging the ball all over the park until it’s time for the postseason, and then when the starting rotations shorten due to breaks between games, we see the teams with the dominant pitchers shut down opposing offenses.

The New York Yankees still have Gerrit Cole. But who are their other starting pitchers? In 2020, they had Masahiro Tanaka, James Paxton and J.A. Happ, but they all remain unsigned. Deivi Garcia went 3-2 in six starts in 2020, his rookie campaign, but after that it’s a bunch of prospects, at least for now.

With all of the question marks remaining for free agents that have not yet been signed and roster holes that remain empty, I would not put a ton of cash down on a World Series futures wager yet. The interrupted spring training (and the short camps ahead of the start of the 2020 season) led to a lot of injuries in 2020, especially for pitchers. I expect pitchers to continue to show signs of damage from last year going into 2021, which could make life difficult for teams that spent heavy on hurlers.