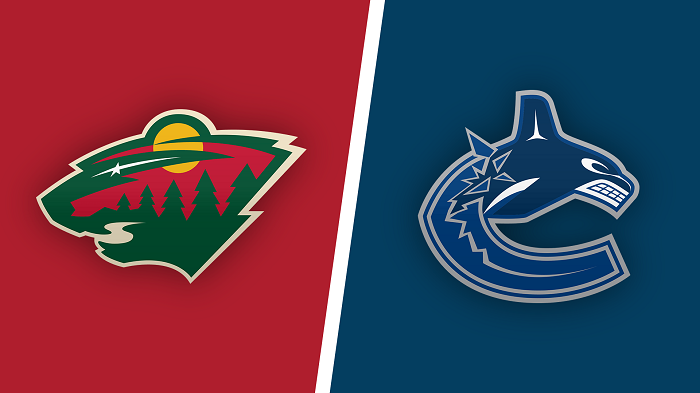 Week 3 of the 2021-22 NHL season continues Tuesday, October 26, with seven games around the league, including the Western Conference showdown at Rogers Arena in Vancouver, so here’s the best Wild vs. Canucks betting pick.

Minnesota meets Vancouver for the first time since August 2020 when the Canucks beat the Wild in the Stanley Cup qualifying round in four games. The Wild are listed as small -115 moneyline favorites for Tuesday’s clash, while the Canucks are +108 home dogs with a total of 5.5 goals on BetOnline Sportsbook.

The Minnesota Wild (4-1-0) suffered their first defeat of the season last Sunday to wrap up a three-game homestand. They lost to the Nashville Predators as firm -180 favorites, allowing three first-period goals, while Kaapo Kahkonen finished the game with just 24 saves on 29 shots.

Minnesota is tied with St. Louis for the top spot in the Central Division. The Wild are scoring 3.40 goals per game (11th in the NHL) on a 9.0 shooting percentage (tied-16th). On the defensive side of things, they are yielding 3.20 goals per contest (21st) while posting the fifth-worst penalty-killing percentage in the league (69.6%).

The Canucks open a seven-game homestand

The Vancouver Canucks (3-2-1) finally wrapped up a six-game road trip last Saturday. They’ve played away from home since the start of the new season, and head coach Travis Green can be satisfied with his team’s performance. The Canucks have won three of those six tilts, earning seven points in the process thanks to a 3-2 shootout defeat at Edmonton.

Vancouver is coming off a 4-2 victory over the Seattle Kraken. The Canucks overcame a 2-1 third-period deficit, as Bo Horvat finished the game with a couple of goals, while Thatcher Demko turned aside 29 of the Kraken’s 31 shots.

This should be a great game to watch, and I’m expecting both teams to take an attacking approach. The Canucks are second in the NHL in total shots on goal (203 from six games), while the Wild are fifth with 188 shots from five contests.

I would stick with the totals, looking for more than five goals in total. Both teams are capable of scoring more than a couple of goals, but I lean the visitors, as their defense should make the difference. The Wild are ninth in the league in shots against (143), while the Canucks are 29th (194).

I like the over here because both teams have been prolific so far despite their mediocre shooting percentage. Also, they’ve struggled to defend well with the man down, especially Minnesota, so we could see a couple of power-play goals, at least. The Wild are tied-third for the most penalty minutes per game.

The total has gone over in seven of the last nine encounters between the Wild and Canucks in Vancouver. The over is 4-2 in Minnesota’s last six games overall and Vancouver’s last six outings as a home underdog.