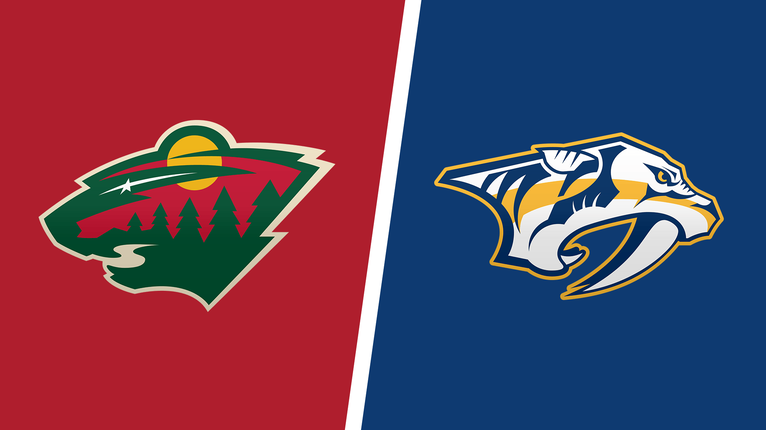 The 2021-22 NHL season continues Tuesday, April 5, with this Western Conference showdown at the Bridgestone Arena in Nashville, Tennessee, so we have prepared the best Wild vs. Predators betting pick and odds.

The Minnesota Wild (43-20-5; 33-35 ATS) enter this contest as the hottest team in the NHL after defeating the Washington Capitals on Sunday, 5-1. Minnesota is 9-0-1 in their last 10 games and have been playing very well on the road of late, going 4-1-1 in their last six road contests. The Wild are second in the Central Division, five points ahead of St. Louis.

Minnesota dominated Washington from the start, opening the contest with four unanswered goals thanks to two by Joel Erikkson Ek. Erikkson Ek became the sixth Wild player to reach the 20-goal plateau, setting a franchise record for a single season. Cam Talbot was outstanding between the pipes, stopping 25 of 26 shots.

Minnesota is winning with superior goalscoring, fourth in the NHL in goals per game at 3.63. However, with the addition of Marc-Andre Fleury the team may have the best set of netminders in the NHL right now. Since Fleury was acquired, Minnesota is 7-0-1, and they have allowed 13 total goals.

The Nashville Predators (39-25-4; 38-30 ATS lost to the Buffalo Sabres on Friday, 4-3. Nashville is 6-4-0 in their last 10 games and 21-11-0 at home this season. The Predators are on a four-game home winning streak and are 6-1-0 in their last seven games at the Bridgestone Arena. Nashville finds themselves as the top wild card team with 82 points but are four points behind St. Louis for third place in the Central Division.

Buffalo jumped out to a 3-1 lead before Michael McCarron and Jeremy Lauzon tied the score, as the teams combined for six goals in the first period. However, Buffalo took the lead for good on a power-play goal with a little over five minutes left in the second frame and held on for the victory. Ryan Johansen and Matt Duchene each had two assists in the loss. Duchene is now second on the club with 70 points.

Nashville is winning with solid play across the board, 11th in goals per game average at 3.26 and 12th in goals allowed per game at 2.90. It has been a spectacular power-play that has been pacing this team, as they are sixth in the NHL at 24.0%. Duchene has been a sniper on the power-play, recording 14 goals and Roman Josi has 31 power-play points.

There is no denying that Minnesota is the hottest team in the NHL and that this is the kind of contest they need to win to prove they are true Stanley Cup contenders. However, Nashville has dominated Minnesota over the last few seasons, including this year. The Wild have had no answers, especially in Nashville where the Predators have won the last five meetings between these teams.

No doubt that the Wild have a deep lineup. They are getting exceptional goaltending right now. However, Nashville is simply too much for them as they need this victory more than Minnesota does.

The Wild are suddenly a team that can put together four or five goals on a regular basis. They have been outstanding offensively. However, this is a battle between two teams looking to improve their playoff position. Those kinds of contests always seem to have a playoff atmosphere, which likely means a low-scoring contest.