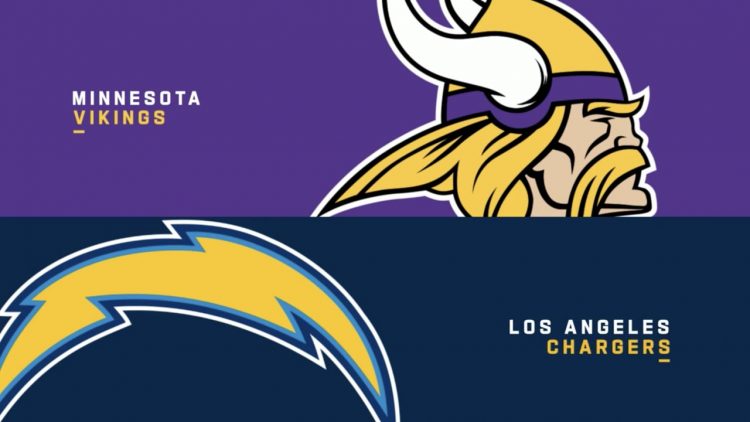 Week 10 of the 2021 NFL season brings the interconference battle from SoFi Stadium in Inglewood, California, so we have prepared the best Minnesota Vikings vs. Los Angeles Chargers betting pick and odds.

Minnesota meets Los Angeles for the first time since 2019, and the Vikings search for their third straight victory over the Chargers. According to Bovada Sportsbook, the Chargers are 3-point home favorites with a total of 52.5 points.

The Vikings look to avoid their third straight loss

The Minnesota Vikings (3-5; 4-4 ATS) are coming off a tough 34-31 overtime loss at the Baltimore Ravens this past Sunday. It was their second defeat on the spin, as the Vikings blew a 14-point third-quarter lead.

Minnesota racked up only 318 total yards while surrendering 500 to the Ravens. The Vikings allowed their rivals to visit the red zone six times and score four times in the process. On the other side of the ball, Kirk Cousins went 17-of-28 for 187 yards and a couple of touchdowns, while Dalvin Cook had 17 carries for 110 yards.

Cousins also scored on his own against the Ravens, but the Vikings’ passing offense will have to improve drastically if Minnesota wants to stay in the playoff race. Justin Jefferson and Adam Thielen combined for just five catches and 75 yards last weekend. The Vikings are scoring 24.3 points per game (17th in the NFL) while surrendering 23.9 in a return (also 17th).

The Chargers returned to the winning ways in Week 9

The Los Angeles Chargers improved to 5-3 SU and ATS on the season following a 27-24 road victory over the Philadelphia Eagles. They snapped a two-game skid thanks to Dustin Hopkins’ 29-yard field goal with two seconds left on the clock.

It was a proper back-and-forth showdown, and the Chargers barely satisfied the odds, playing as small 1.5-point favorites. Justin Herbert had a field day, completing 32 of his 38 passing attempts for 356 yards and a couple of touchdowns. He also had five carries for 14 yards and a TD, while Keenan Allen recorded 12 catches for 104 yards.

Once more, the Chargers had huge problems stopping the opponent’s rushing. Philadelphia posted 176 yards on 39 carries, while Jalen Hurts tossed the ball just 17 times. The Chargers are yielding 25.1 points per game (23rd in the NFL) while scoring 24.9 in a return (tied-13th).

The Minnesota Vikings are in a tough situation and desperately need a win over the Chargers, who continue their battle for the top spot in the AFC West. We should see a tight battle, and with three points on the table, I’m going with the underdogs.

As I’ve mentioned, the Chargers’ run D struggles mightily, surrendering a whopping 161.6 yards per contest and 5.0 per carry, enough for the most in the NFL. The Vikings average 124.9 rushing yards per game (9th) and certainly possess enough firepower to keep it close against the Chargers.

The Chargers will continue to lean on their passing offense, while the Vikings will run the ball as much as they can against this leaky LA defense. Hereof, I’m expecting both teams to move the ball with ease and combine for at least 53 points in total.

The total has gone over in the Vikings’ last five games on the road. The over is 9-3 in Minnesota’s previous 12 tilts against the AFC, and it is 5-2 in the last seven encounters between the Vikings and Chargers. Pick: Go over 52.5 points at -110