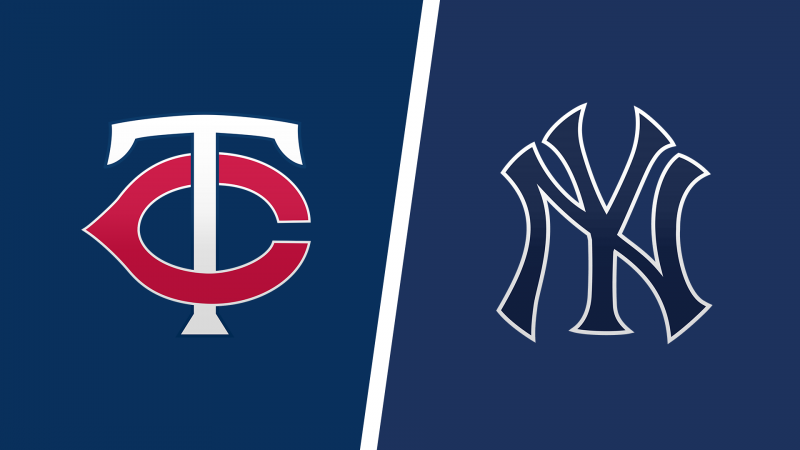 We have just seven games on tap in the MLB for Thursday, September 8, and this American League duel is one of them, so take a look at the best Twins vs. Yankees betting pick and odds.

Minnesota and New York will play the final of a four-game series at Yankee Stadium, and the Yankees are N/A moneyline favorites on BetDSI Sportsbook, while the total is set at N/A runs. These American League foes have met three times this season before this series, and the Yankees lead 2-1. The Yankees also won the opening game of this series, while games 2 and 3 are played on Wednesday night, at the time of writing.

Twins opened the series with a loss to the Yankees

The Minnesota Twins suffered a 5-2 loss in the opening game of the series against the New York Yankees. Game 2 which was scheduled for Tuesday night was postponed due to rain, so the rivals will play a doubleheader on Wednesday.

Minnesota held New York to a 2-2 game after the first five innings, as Gary Sanchez blasted a two-run homer in the 5th, but the Twins didn’t do anything else offensively in this loss. Chris Archer (2-7) pitched for 5.0 innings in a no-decision and surrendered two runs on four hits with two strikeouts and two walks. Trevor Megill took a loss and dropped to a 3-2 record.

The New York Yankees entered this series against the Minnesota Twins after losing the ones to the Los Angeles Angels and Tampa Bay Rays. Still, they managed to open the current series with a 5-2 victory and are still atop of the AL East with five wins ahead of the Rays and six more than the Blue Jays.

The Yankees scored three home runs in a 5-2 win, including Aaron Judge’s 54th of the campaign, while Marwin Gonzalez and Isiah Kiner-Falefa also chipped in with a homer each. Jameson Taillon (12-4) was solid in a no-decision as he allowed two runs on six hits with three strikeouts and two walks. Greg Weissert (2-0) was credited with his second win of the season, while Clay Holmes booked his 19th save.

Sonny Gray has a strong record against the Yankees, even though he didn’t face a lot of their batters so far in his career. Gray allowed just three hits on 21 at-bats and has a .143 batting average against them. He surrendered more than two runs only once in his previous eight starts, and I am backing Sonny to have a quality start on Thursday. Clarke Schmidt allowed six runs in his last two starts and given that he lacks experience in the MLB, at least as a starter, I am going with the Twins to stay close in this one. Also, I wouldn’t be surprised if the visitors conclude the series with a win.

New York’s games didn’t produce a lot of runs lately; in fact, the Yankees managed to score more than four runs just twice in their last ten. Minnesota’s offense is also not great recently, so I expect to see a low-scoring affair on Thursday. Gray has the ability to keep the opposing batters at bay, and given how the Yankees are batting in the last few weeks, that shouldn’t be a problem for the former Yankee. Schmidt is not a reliable pitcher and could surrender multiple runs; however, I am not sure the Twins will score enough to take this game Over.