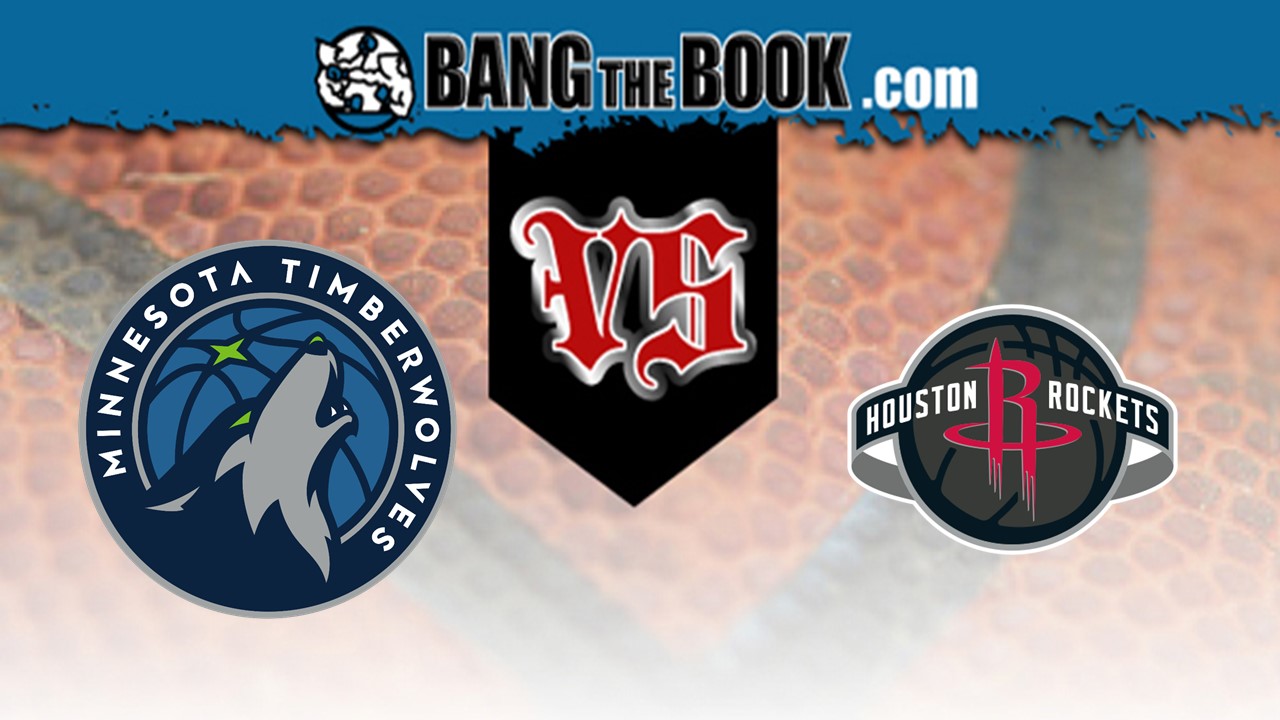 In the Timberwolves’ last outing, they were beaten by the New Orleans Pelicans, 120-107. They were not able to cover as 7-point underdogs. Minnesota’s Malik Beasley had a solid performance, leading the team in scoring with 21 points on 8-for-20 shooting. New Orleans held the Timberwolves to an offensive rebounding percentage of 17.0 (below their season average of 22.2). Minnesota, meanwhile, forced the Pelicans into a turnover percentage of 19.4 (above their season average of 13.2). The two teams combined to score 227 points, which was well under the projected point total of 249.

The Rockets were unable to cover as 8-point favorites in their 126-106 loss to the Orlando Magic in their last matchup. With 23 points, seven rebounds and six assists, Houston’s James Harden put together a solid game. Orlando’s 32.5 offensive rebounding percentage was their largest advantage over Houston, who had a mark of 23.4. The Magic’s mark was above their season average of 22.2. The two clubs combined to score 232 points, which was over the O/U total of 228.5.

Houston could have their way on the offensive side of the ball as their high-powered offense faces off against one of the league’s worst defenses. The Rockets rank second in offensive efficiency, while Minnesota ranks 21st in defensive efficiency.

In terms of the O/U total, these teams are complete opposites. Minnesota games have gone over 57.1 percent of the time, while games involving Houston have gone under 55.6 percent of the time. Looking at straight up (SU) and against the spread (ATS) records, the Rockets have a clear advantage. They are 39-24 SU and 31-32 ATS, while the Timberwolves are 19-44 SU and 22-39-2 ATS.

These two teams have already met three times this season, with the Rockets winning all three. In the most recent contest, Russell Westbrook scored a game-high 45 points and the Rockets beat the Timberwolves 131-124, covering as 5.5-point favorites. He also had 10 assists and six rebounds. The two teams combined for 255 points, which was 20.5 points above the projected point total of 234.5 points. The Rockets dominated nearly every stat category in the game. They had a superb free throw rate of 0.286 and a solid turnover percentage of 9.5. The Timberwolves recorded marks of 0.173 and 13.7, respectively, for those same stats.

The Rockets average 45.1 rebounds per game, which ranks 13th in the NBA. The Timberwolves rank last in rebounds allowed per game (47.6).

Minnesota averages 8.7 steals per game, which ranks third in the NBA. Houston ranks 18th in steals allowed per game (7.9).

Houston is 3-0 when they hold opponents under 100 points, while Minnesota is 2-1.

The Rockets average 5.1 blocks per game, which ranks 10th in the league. The Timberwolves rank 25th in blocks allowed per game (5.6).

Houston is 1-4 ATS with 3 unders and 2 overs in its last five games.

Across its past five outings, Minnesota is 2-3 ATS with 3 unders and 2 overs.