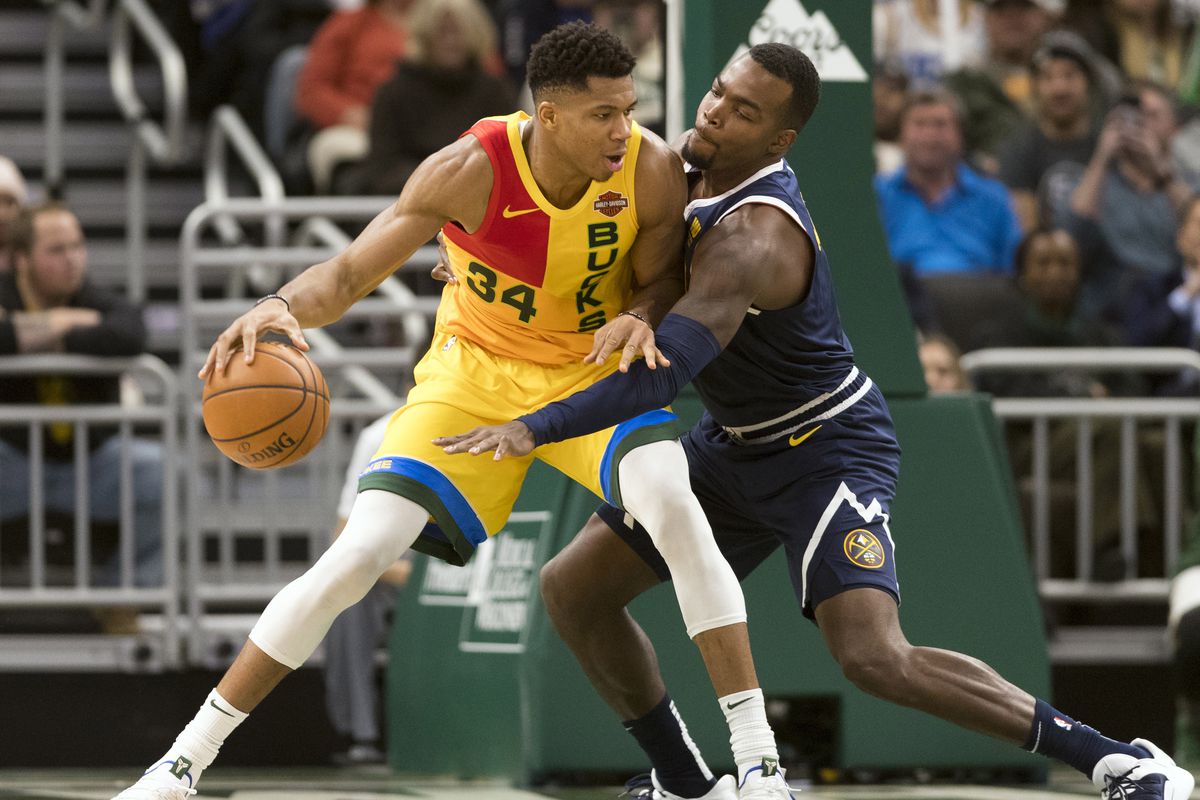 The Milwaukee Bucks have just suffered their first consecutive loss of the season, and things are not getting easier as they play back-to-back at Pepsi Center in Denver on Monday night. Back in January, the Nuggets beat the Bucks 127-115 as massive 13-point road underdogs, and they will try their best to thrash off the best team in the league once more. However, the Nuggets are not playing in a good form at the moment, so we expect to see an exciting clash in Denver on Monday.

The Bucks are missing Giannis Antetokounmpo for the second straight game, as the reigning MVP is dealing with a joint capsule sprain in his left knee. Kyle Korver (back) is also out. On the other side, the Nuggets are coming in full strength.

The Nuggets opened as 4.5-point favorites with a total of 220.0 points at Betonline and BetDSI. Considering Giannis’ absence, it’s not strange that the bookies listed Denver as a -190 money line fave.

The visitors are cruising through the Eastern Conference, so even the third straight loss will do no harm. However, the Lakers are only three games behind them in the race for the best record in the league. The Nuggets are No. 3 seed in the West, a game behind the LA Clippers and a game ahead of the fourth-seeded Utah Jazz.

Milwaukee has dropped two straight games for the first time this season. After a 113-103 defeat at the LA Lakers as 1.5-point road dogs this past Friday, the Bucks lost at the Phoenix Suns 140-131 as 6.5-point road favorites last night. The Nuggets, on the other side, are coming off a disappointing 104-102 defeat at the Cleveland Cavaliers as 9-point favorites this past Saturday. Denver has dropped three of its previous five games overall.

The Bucks surrendered 140 points in Phoenix last night which tells you a lot how much they missed Giannis Antetokounmpo. The Greek Freak is averaging 29.6 points, 13.7 rebounds, and 5.8 assists per game, but he’s also a vital part of the Bucks’ defense that is the best in the league. Milwaukee allows only 101.3 points per 100 possessions (1st in the league) on 41.1% shooting from the field (also 1st).

On the other side of the ball, the Nuggets will have to defend the 3-point line well. Without Antetokounmpo, the Bucks will have to lean more on their shooting from deep instead of taking the ball into the paint. Still, the Bucks are fifth in the league in 3-points attempts per 100 possessions (36.5), while the Nuggets are 25th (30.7), but Denver plays at a much slower pace than the Bucks.

The Bucks could struggle with fatigue, playing their third road game in just four days. Also, they are without Giannis Antetokounmpo, so I think this is a great opportunity for the Nuggets who love to play against tough teams. Therefore, I’m backing the hosts to win and cover, and I would stick with the side bet. Denver is 15-4 SU and 12-7 ATS in its last 19 meetings with Milwaukee

Betting on the totals seems like a tricky job in this one. Unlike the Bucks, the Nuggets love to play at a slow pace and will try their best to slow down the tempo. The Bucks will miss Giannis on both sides of the ball, but they are still capable of playing good defense. Also, they should be fired up to prove it after allowing 140 points last time out. This clash could easily go either way, so I would stay away from the totals. If you like to follow betting trends, the over has hit in the previous five meetings between the Bucks and Nuggets at Pepsi Center.